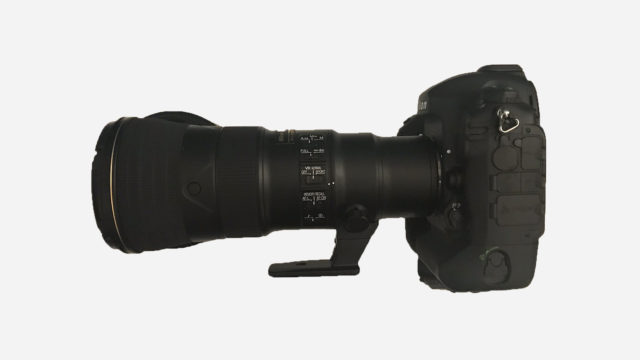 A few days ago, I received the new Nikon AF-S 500mm f/5.6 PF. This is the lightest and the smallest Nikon long telephoto lens to date. It uses Phase Fresnel (PF) optics, similar to Canon’s DO (Diffraction Optics) optics. Upon delivery, I first thought I had been sent the wrong lens as the box seemed too small, smaller than the shipping box used for Nikon AF-S 70-200 f/2.8 VR II and much smaller than the box my AF-S 200-500mm f/5.6 VR came in. I could not believe a 500mm lens, soft case and padding material could fit in such small box, but this was indeed the new AF-S 500mm f/5.6 PF! Small and light are both understatements when you compare this lens to any other modern 500mm lens. It even looks compact when you put it next to Nikon’s 16-35mm f/4 VR ultra-wide angle lens. 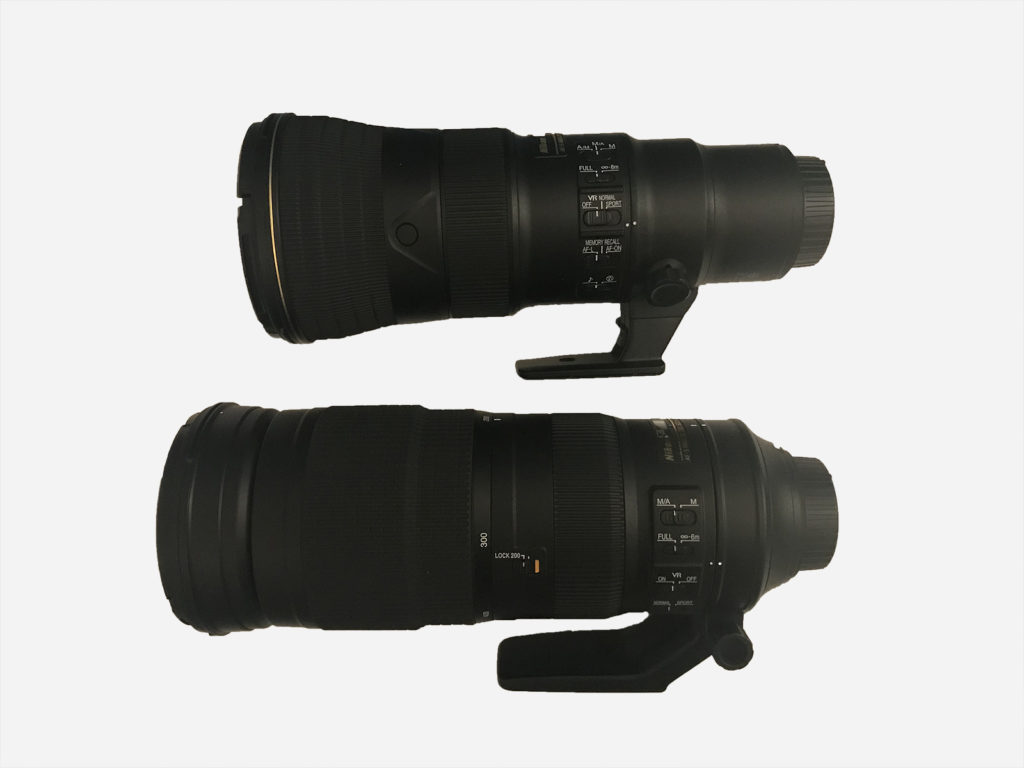 If you extend the zoom to 500mm, there is simply no contest. The prime is a whopping 2 lbs lighter than the zoom. The lens much easier to hand hold. The build quality of the lens is excellent, feels very solid. 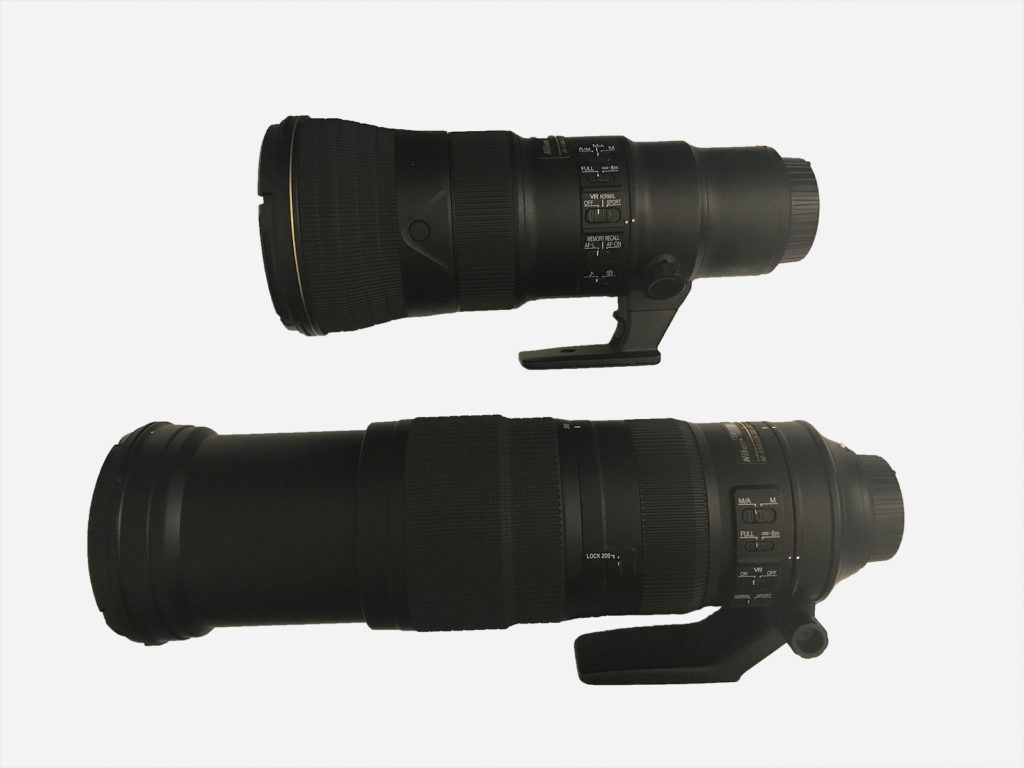 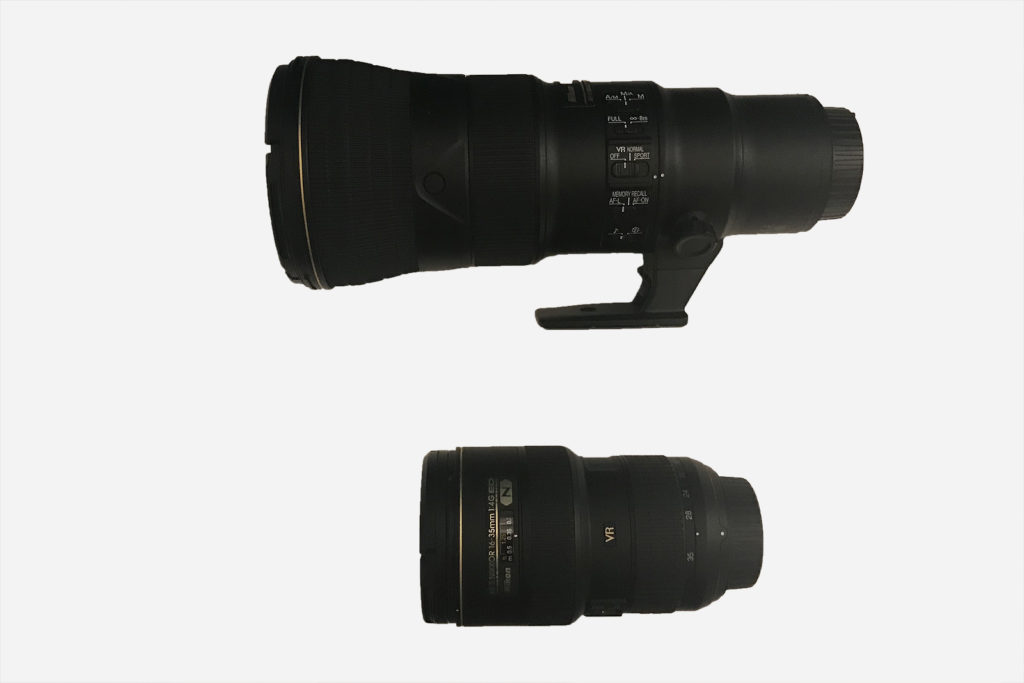 AF-S 500mm f/5.6 PF mounted on the D5 body. The lens actually weighs slightly less than the D5 body and can be carried easily while attached to the body. Unfortunately it does not have tabs for a shoulder strap but it can be attached to any standard harness. 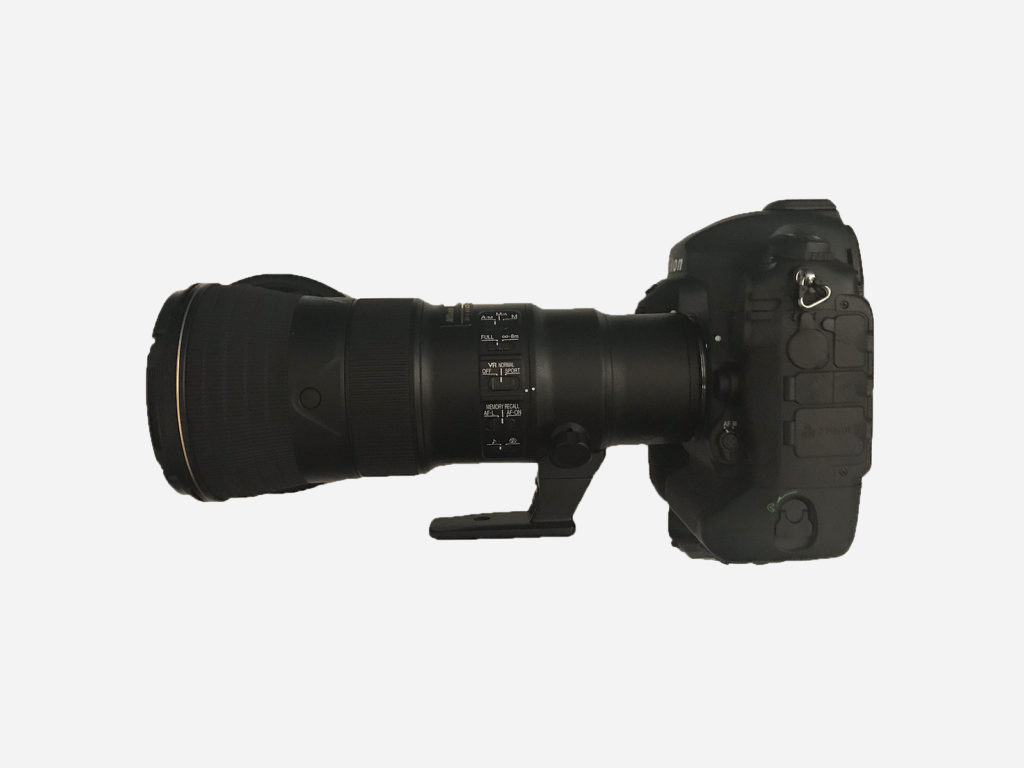 Another interesting feature of this lens is the slide-in removable foot. To remove the foot press the small lever and just slide it out. 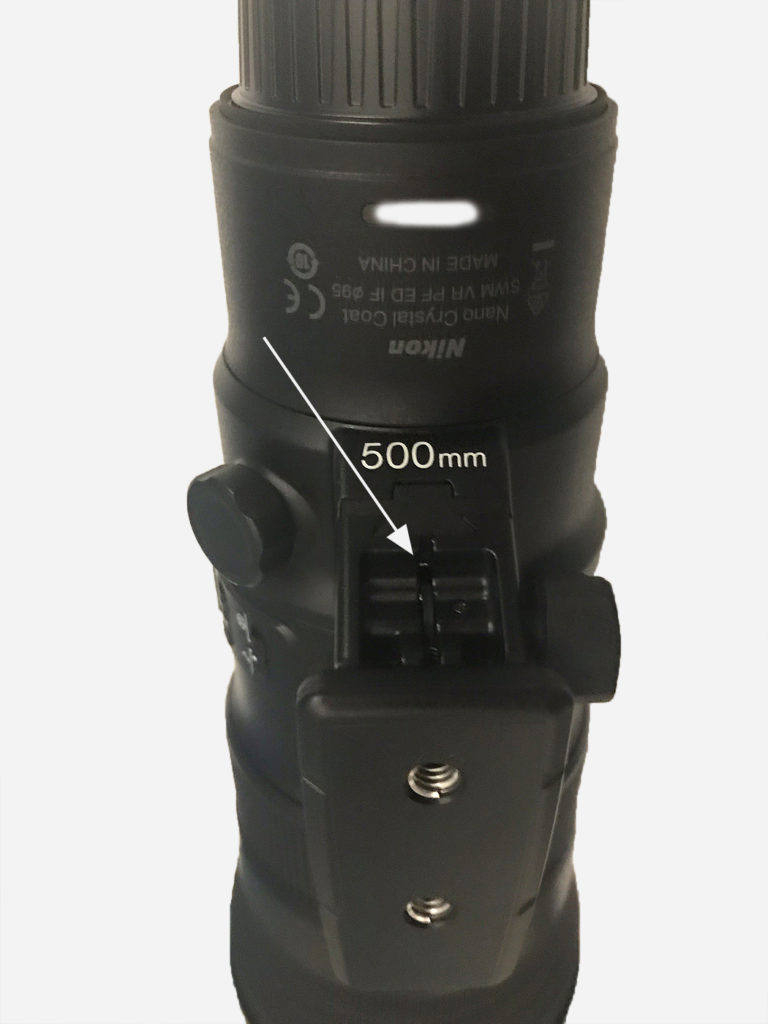 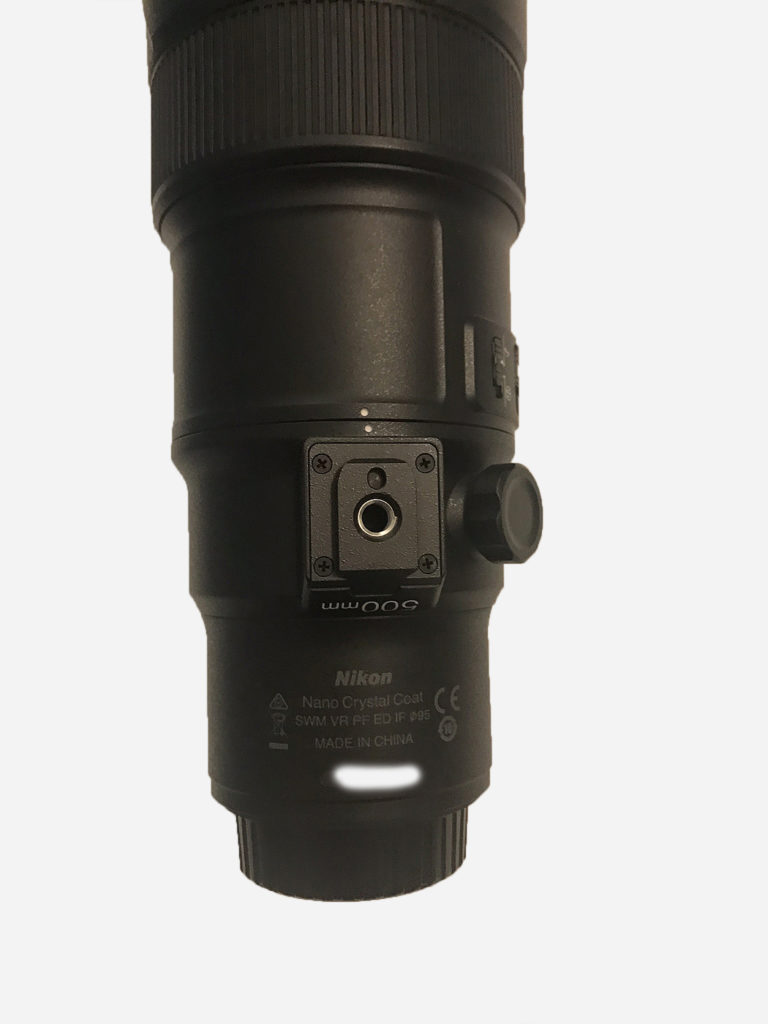 The lens can be tripod mounted even with the foot removed thanks to the tripod mount hole drilled into the base. The foot is shown below. 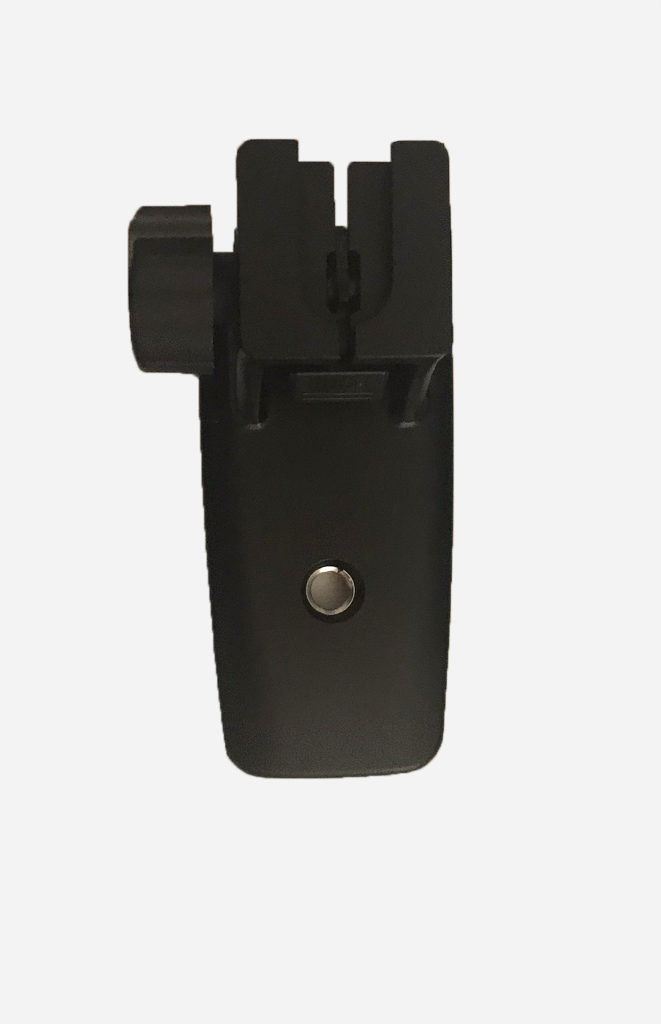 This lens also features “the ring of fire” buttons  around the barrel, these can be programmed to lock AF or switch to a different AF patterns when used with D5/D850 bodies. 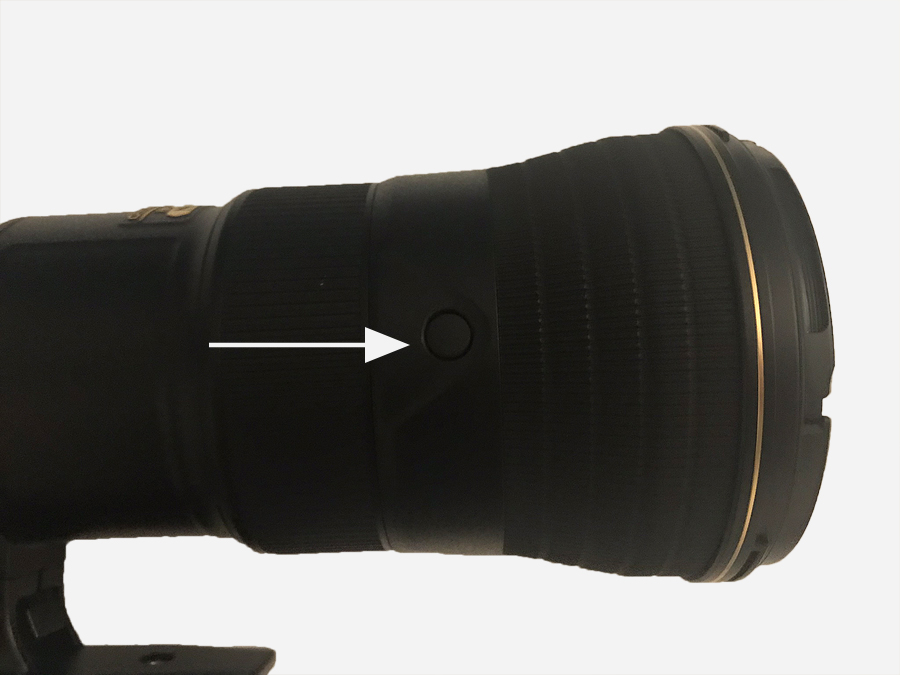 The AF-S 500mm f/5.6 PF includes a super-telephoto style control panel. There are three AF modes, A/M , M/A and M. The last one is manual focus, the first two are auto focus. Nikon state M/A is more sensitive to the focus ring rotation, any slight rotation can change the focus whereas is A/M a greater rotation is needed to change the focus, perhaps to prevent focus shift as a result of accidental touching of the focus ring. I never use manual focus so I will leave this on A/M. The focus limiter has two positions, full-range or far (8m-inf) which is an ideal distance for BIF at 500mm. While the far MFD is greater than AF-S 200-500mm f/5.6 VR (6m) it will probably make the AF faster. VR can be set to normal and sport (both can detect panning, but sport gives a more stable finder image while panning). Memory recall controls the functions of the “ring of fire” buttons.  AF-L locks the AF, Memory Recall recalls last focus distance set using the button on the other side of the lens and AF-ON will perform the same function as AF-ON on the camera body. The AF-recall confirmation  beep can be disabled using the last swtich. 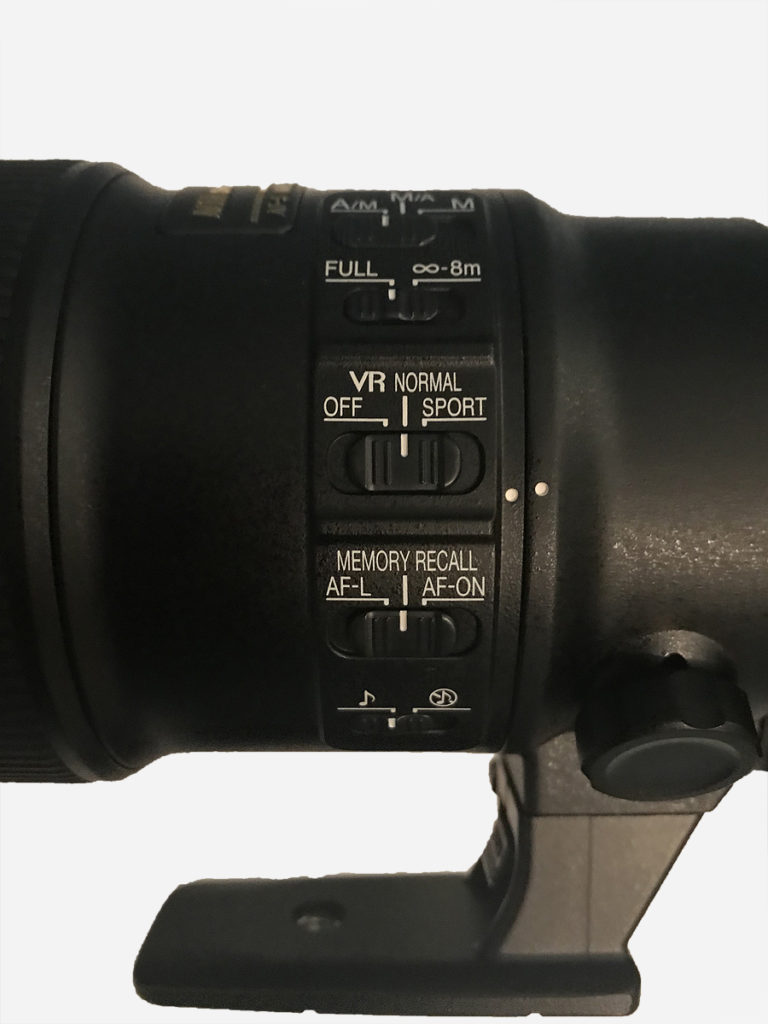 The AF-S 500mm f/5.6 PF is a winner from a size, weight and build quality point of view, my only grips is that the supplied hood is made of plastic instead of carbon fiber which is used in larger super-telephoto lenses. There might be after market magnesium hoods available at some point. The lenses uses a 95mm snap-on cap and takes 95mm screw on filters. The lens ships with a soft case rather than a pouch!

Of course my final judgement and recommendation will be based on the image quality and AF performance in the field, especially with the converter TC14-E III  (700mm f/8). To test the VR I snapped a few frames with my D5 at 1/50sec, they were all tack sharp and the AF seemed to lock instantly in my dark living room. Stay tuned for more…. 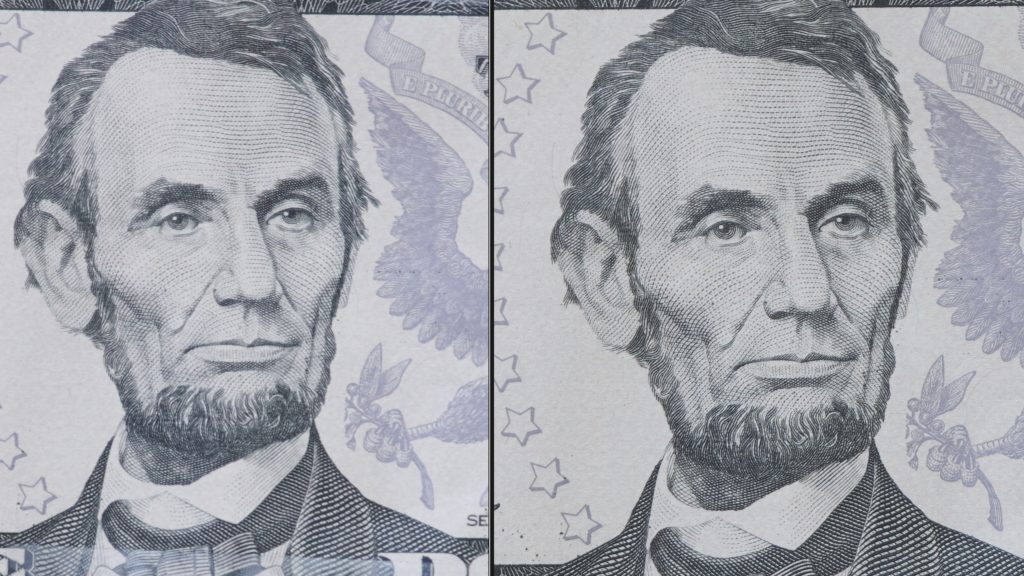 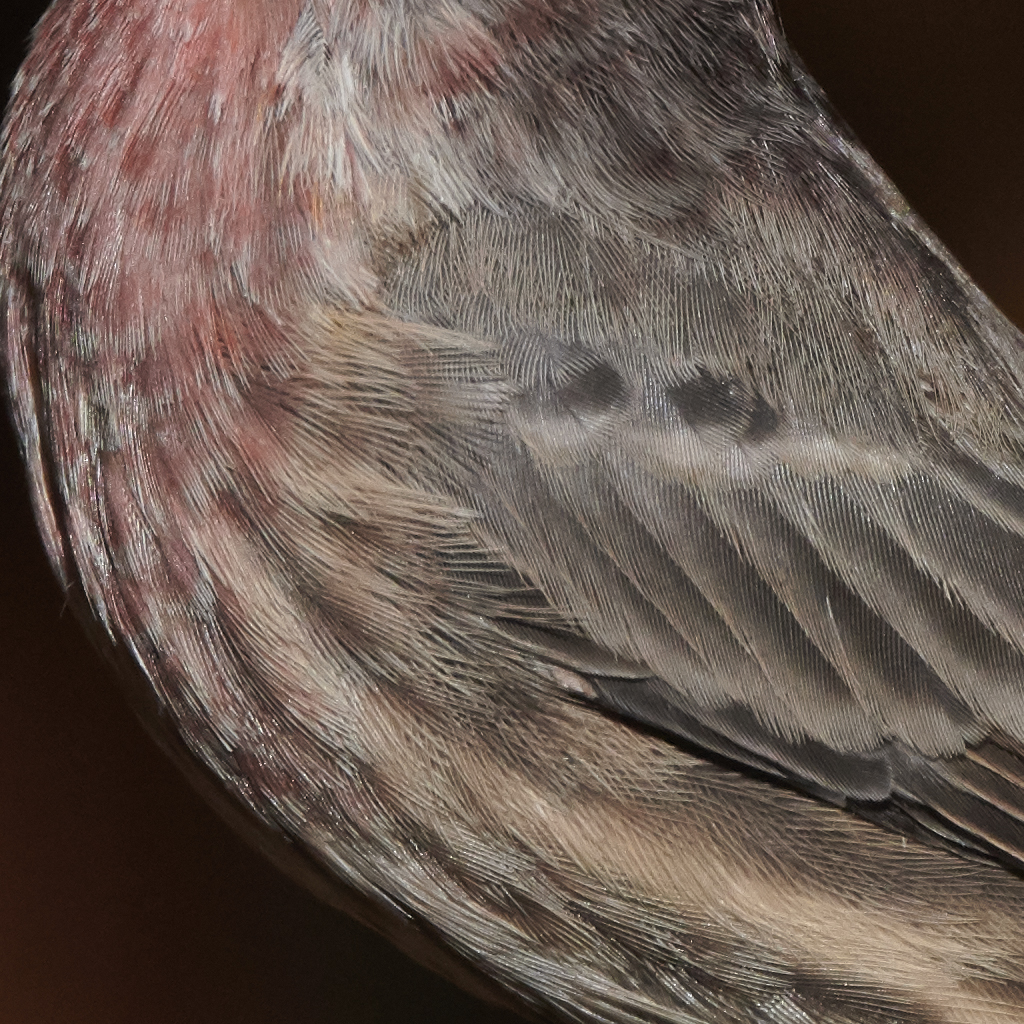