Power Focus : With this function the ultra-sonic servo motor (USM) in the lens can be manually controlled with the playback ring. To use this feature the focus-preset/focus mode select buttons need be set to OFF/PF positions respectively. Rotating the playback ring will command the servo to shift the focus elements. The servo can be operated in fast or slow modes depending on how far the playback ring is rotated. This feature is useful when recording movies so the focus can be shifted very smoothly. It is not of primary use for wildlife still photography.

IS mode 3 : In this mode image stabilizer engages only when the shutter is released. As soon as the shutter is half-pressed the lens CPU starts processing the data stream from the gyro-sensors, calculating the necessary correction but the floating element is not actuated until the shutter is fully pressed. As a result, IS operation has no effect on the image in the viewfinder. This mode is most useful for people who shoot off a tripod or a mono-pod and want to eliminate the image “float” effect in the finder. It can also save power. For handheld flight photography it is desired to have the finder image stabilized to help the photographer center and track the bird more accurately, so the best mode for IS is still mode 2 which compensates for any movement perpendicular to panning direction.

In order to test the new lens to its limits I chose a challenging subject, White-tailed kite. This elegant raptor usually measures about 15″ and is extremely skittish and difficult to approach in the wild. Lack of a pattern in the chest and under wing areas, especially in adults which are covered by white and soft feathers makes it challenging to produce a sharp-looking image from this specie. Even the slightly soft images cannot be sharpened very effectively while the low contrast white feathers expose any chromatic aberrations. So overall you need all the sharpness the lens can deliver to produce a high quality kite image. The kites were photographed in the wild along the cost of California, without using a blind or bait to attract the birds. The field in which they hunt is several miles across and is covered with all kinds of tall needle grass, bushes etc. making it very difficult to navigate. Kites usually fly across the field and pick random perches so being mobile is vital for capturing action where it happens. A light-weight rig that can be pointed instantaneously at an arbitrary direction makes a significant difference, using a tripod is impractical. All the photographs in this review were made handheld.

The first thing I noticed in the field with the EF 600mm f/4L IS II, is how well-balanced it feels in my hands. Due to a better weight distribution, it actually “feels” lighter than the EF 500mm f/4L IS despite the latter being about 3 oz. lighter. I usually carry the lens by either wearing the strap around my neck or shouldering it for several hours in the field and the new lens feels more comfortable in that respect too. Swinging the lens to track erratic flight pattern is also easier given the better weight distribution. First example is a juvenile kite taking off with prey. 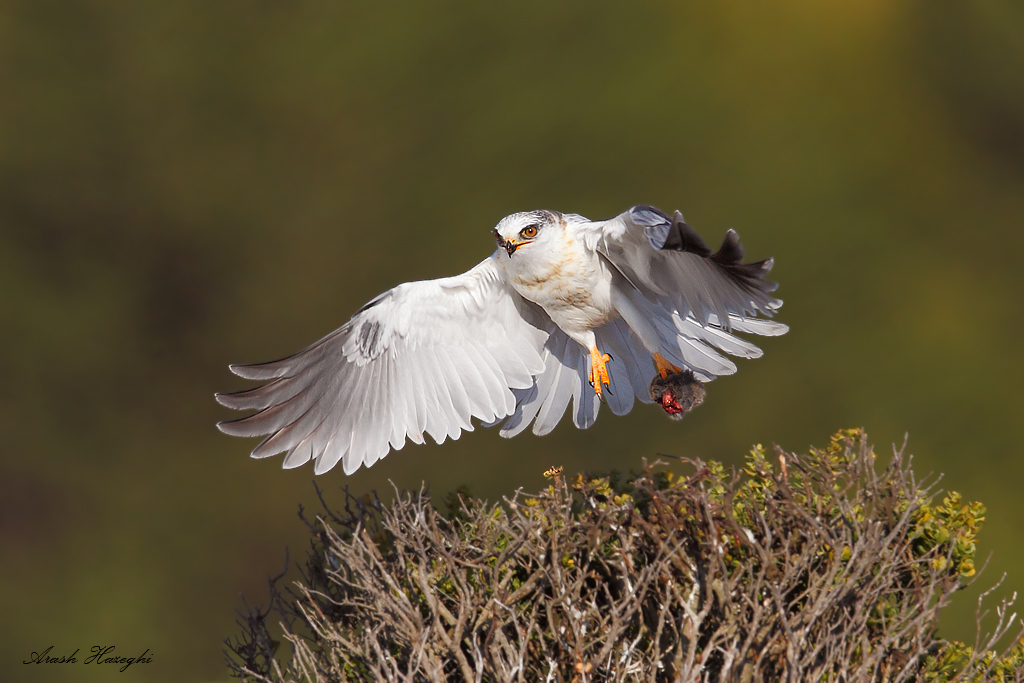 The kite take off was rapid, but the servo was able to keep up with the bird despite using a 1.4X extender. I used the far focus limit (16m-∞) to eliminate focus hunting. Overall the AF drive speed (focus acquisition) in AI-servo mode is very quick with EOS 1D MKIV and despite the increased magnification it feels faster than the EF 500mm f/4L IS with the 1.4X extender. Below is an example of another juvenile kite with prey, the AF locked quickly on the bird. Excellent performance rendering the white feather at wide open aperture with the EF 1.4X extender III. I don’t recall having seen a flight image from a white-tailed kite with this level of detail before in my files. 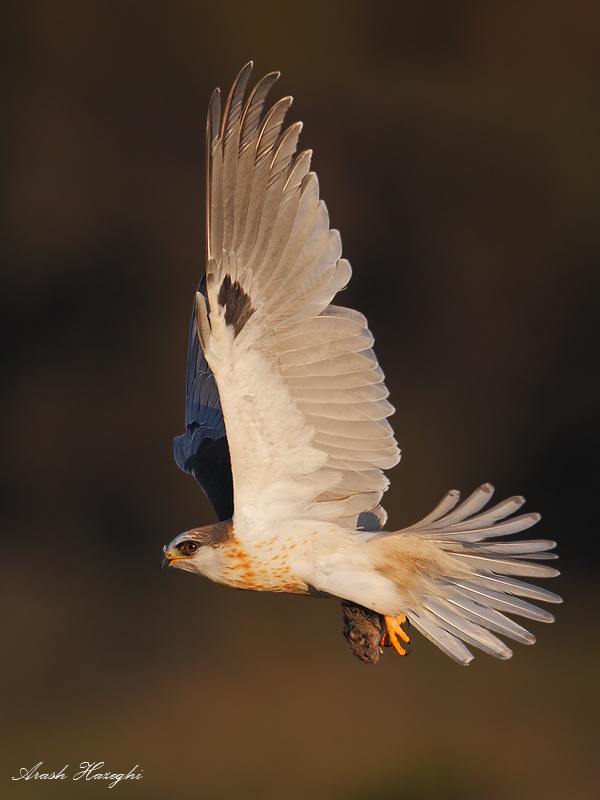 The AF tracking was equally great when background was farther away. The series II super-telephoto lenses have a wider focus ring. I handhold my lenses by grabbing the front of the barrel by the playback ring, I can now use my left thumb to rotate the focus ring while handholding. This is very handy if the focus accidentally locks on the background. There were a few instances where I was able to quickly rotate the focus ring to bring the focus plane towards the camera so the AF could re-lock on the bird before the action was over. I also observed solid AF tracking against dark backgrounds and in lower light, lower contrast situations. 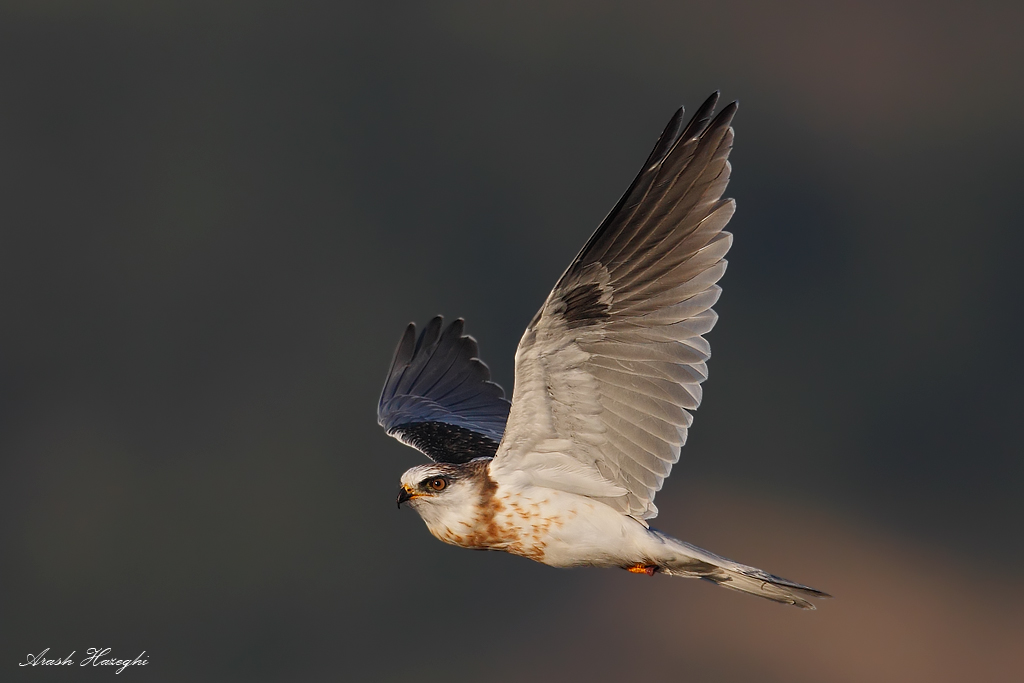 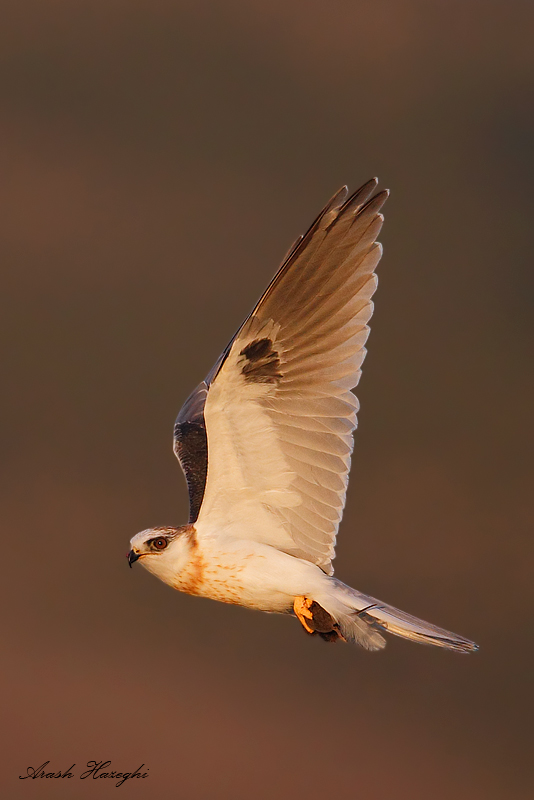