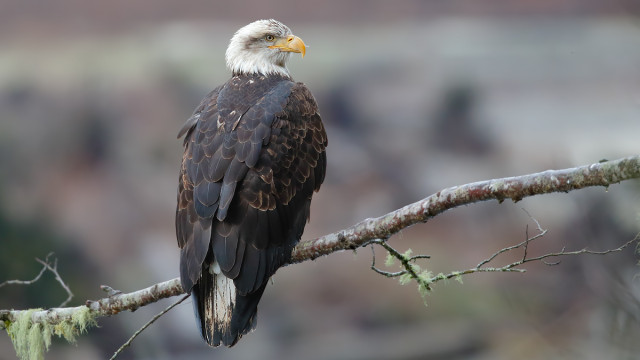 It finally stopped raining today and I had a chance to photograph bald eagles today with my friend Henrik Nilson in Vancouver, B.C. area. We had overcast skies but fortunately the morning fog burned off quickly. Courtesy of Henrik, I got to try the new EF 100-400 IS II (mine didn’t arrive in time for my trip) and the EOS 7D Mark II. A small-sensor camera usually doesn’t fit my shooting style and my image quality expectations, but nevertheless this would have been a situation where I would prefer a light setup given the travel restrictions. We were short of light, time and space so I thought this would be a good situation to see whether the new 7D2 can deliver what is expected from it in a challenging real world situation rather than in the comfort of a warm living room where light is controlled by a switch.

I was using my main travel rig which is the 1DX plus the EF 300mm f/2.8 IS II. Attached to the 300 II was the 2X Extender III which is not only tack sharp but it also focuses blazingly fast even in very dim conditions. Henrik’s brand new EOS 7D MK II was mated with the new EF 100-400 f/5.6 L II, a lens that is most attractive to the target market of the 7D MK II and is very versatile for traveling.

The EOS 7D Mark II also felt right in my hands, the grip is a bit small but that is probably because I am used to the deep grip of the 1D series. The finder was small and the exposure meter was difficult to see compared to the 5D or the 1D series. Against this feather-weight combo, was the EOS 1D-X paired to the EF 300 F/2.8L IS II and the 2X Extender III which also felt pretty light in my hands that are used to holding a 600 II rig all day long. needless to mention, both rigs were used hand held.

When looking through the finder of the EOS 7D MK II, it seemed the focus had locked with no issues, but when inspecting the RAW files unfortunately most of them were soft with only a few tack sharp files in between. This was surprising given that this rig was lighter than the 1DX combo. Given this I didn’t have confidence to proceed and try the EOS 7D Mark II for flying eagles in low light, fearing it would miss the few opportunities we had.

Test subject, shown below, was a juvenile bald eagle perched at close range. 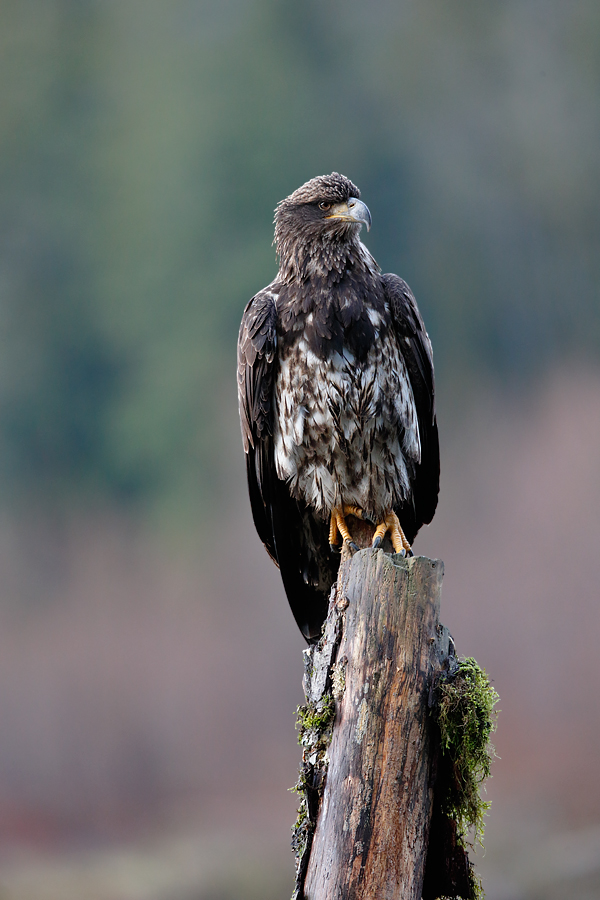 The example below illustrates the soft focus issue that I experienced. It seemed like the servo focus was not fully stable when locked on a subject with little if any movement. 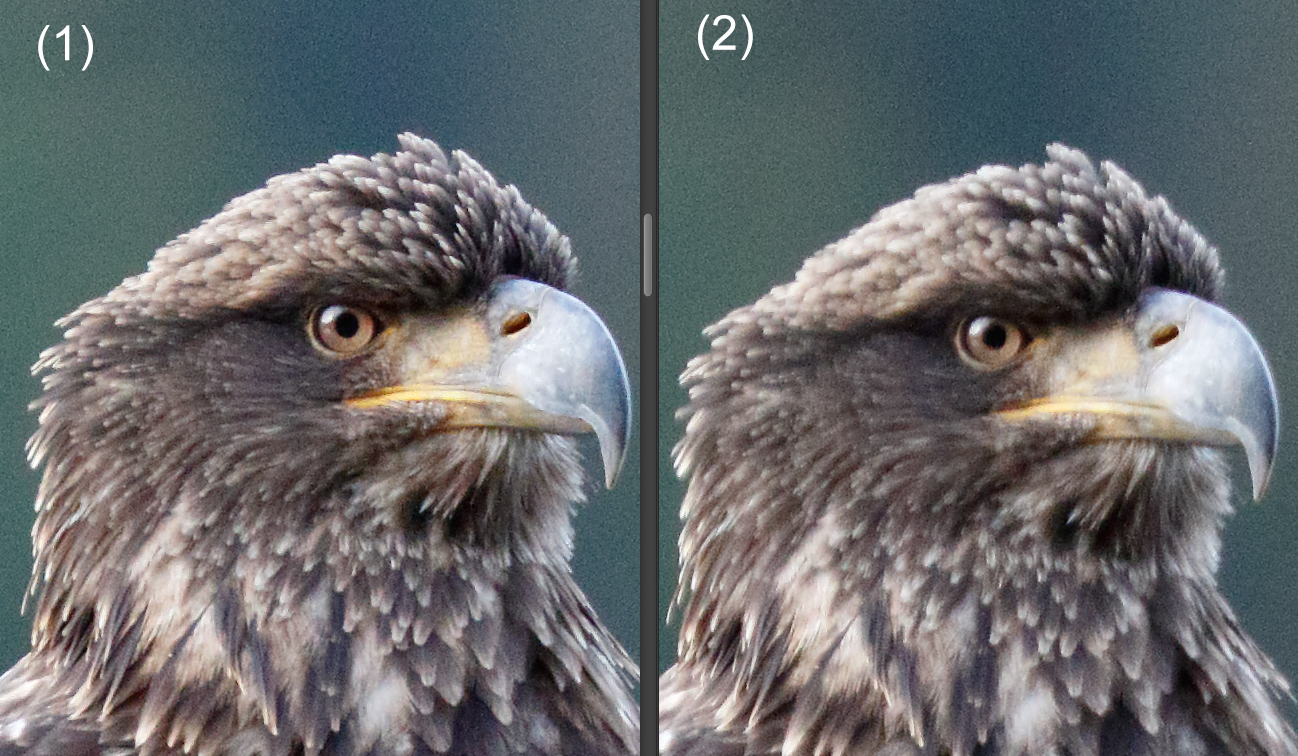 This reminded me of the original EOS 7D which had the same issue. I had planned to evaluate the EOS 7D Mark II in more detail for flight photography but given my initial impression about AF, I have decided to defer judgement to a later date when it is certain that the AF system has no defects. The EOS 1D-X as well as Henrik’s EOS 5D Mark III had no issue shooting with the same maximum aperture of f/5.6. The result from these two bodies, plus the close shooting distance would also rule out heat refraction effects at the time of the test.

After downloading the RAW files, I put the sharpest file from the EOS 7D Mark II side-by-side to a file from the 1DX. Both files were shot from the same distance at ISO 3200, f/5.6 at 1/640 sec, hand held. The EOS 1DX had the EF 300 f/2.8 II IS with the Extender 2X III (600mm) while the EF 100-400 IS II was set to 400mm on the EOS 7D Mark II to give approximately the same field of view (FOV). This resulted in a full frame portrait of the juvenile bald eagle in each camera. I chose to use such setup because this is how I would use each camera to photograph the scene. Below is the 100% output from RAW converted with optimal settings in DPP4. Eagle moved just a bit between the two shots, please excuse him. 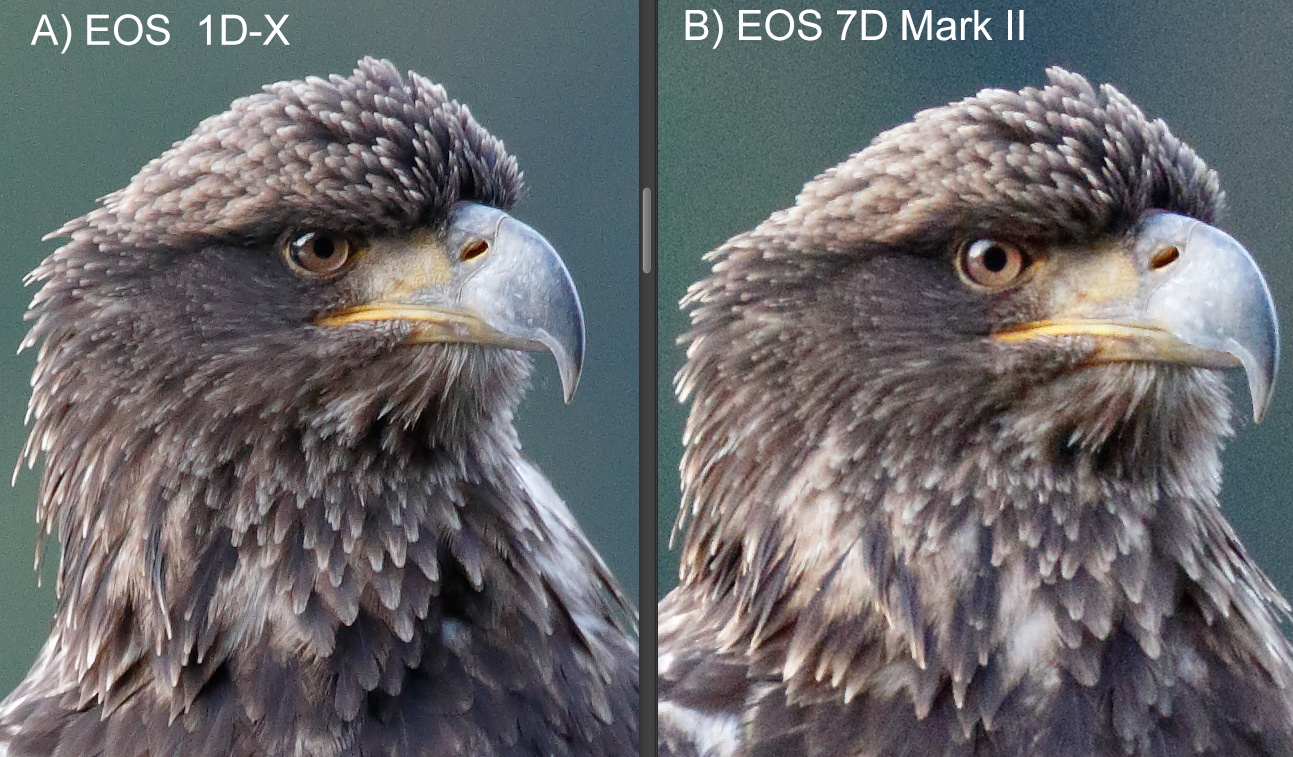 The difference is quite striking, as you can see the 7D Mark II is quite soft. Having said that the EOS 1D-X combo weighs about 9.3 lbs while the EOS 7D Mark II weighs about 5.6 lbs and it also costs significantly less. Is it worth it? For me, yes. I like to travel for photography and shoot different birds in their natural habitat, this means shooting conditions that are totally out of my control. Recently I have frequently found myself under overcast skies, shooting skittish raptors with only few opportunities. When the opportunity comes, I cannot miss because there is no second chance or all the time and $$$ spent on the trip will be wasted. So it all depends on your expectations and goals.

One good news is that Canon’s own DPP 4 does a very good job of cleaning the rather grainy files of the EOS 7D Mark II and extract every bit of detail. Below is the same example above, after processing with DPP, resize in Photoshop and output sharpening. 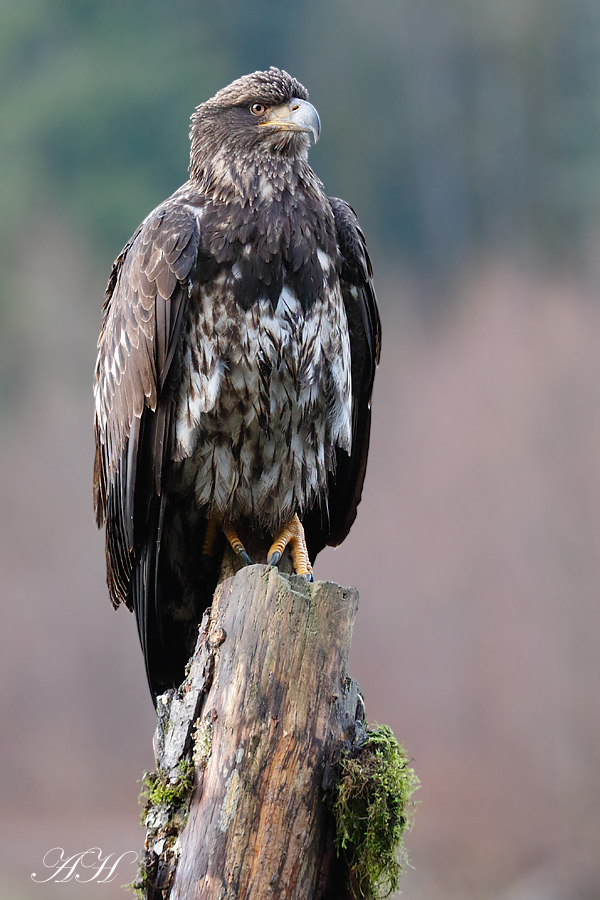 As you can see, after processing (for details see my DPP 4 Guide), noise reductions and sharpening, there is little difference between the small size output from both cameras. Of course larger files, cropping tighter or a large print will expose the differences, but if all you need is a small file for internet display the EOS 7D Mark II isn’t bad, especially when compared to the old 7D which couldn’t produce anything usable at this ISO even at small size.