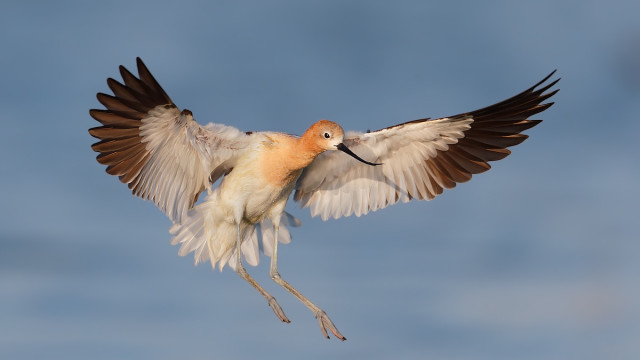 Effective presentation of a photograph is almost as important as taking the photograph, it plays a significant role in photographer’s success. In the age of mobile internet sharing and displaying art work has become extremely easy. Many photographers display their photographs on various websites and blogs. Those who are more serious often post their images for critique and feedback. The first step in a successful presentation is to make sure that the viewers are seeing a photo the same way the photographer originally intended. Accurate color reproduction will increase the impact of a great photograph. Although this may not be significant to the casual viewer, it is very important for serious photographers. I often see images with strong color casts or poor color balance posted on the critique forums that are otherwise strong in aesthetics. Spending an hour to become familiar with the basic concepts of color correction can greatly improves a photographer’s output quality. This short article is intended to cover the basics of color correction for general wildlife photographer without digging too deep into the technical details.

Step one, choosing the right display:
In order to judge and color-correct a photograph, you need a suitable display. Trying to color correct on a display that cannot correctly render a wide spectrum of colors, is usually a waste of time. The colors will look different when viewed on a different screen. There are a variety of displays available on the market these days, not all displays are suitable for critical image processing though. Thanks to strong competition, there are many low end displays generically labeled as “high definition”, (HD) with high-gloss surfaces. Unfortunately, most of these screens fall short of reproducing an acceptable color spectrum. Here are a few general tips when considering a display for critical image processing: 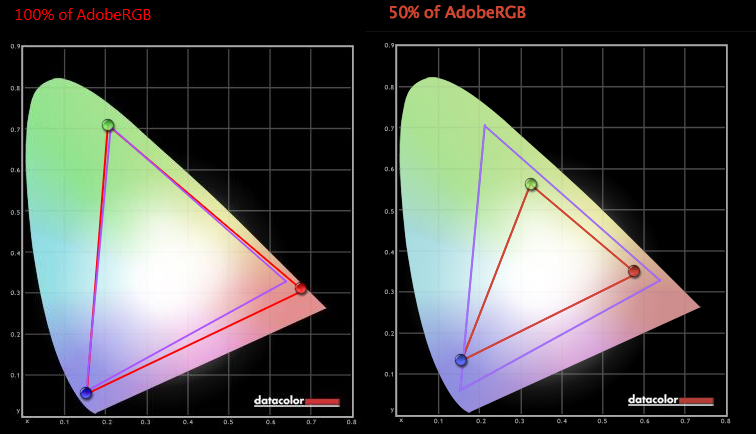 The best displays for color critical applications on the market today are build by NEC and EIZO. Some models are capable of up to 10 Bit display and also include hardware calibration kit, however they are relatively expensive. Pro displays made by DELL, HP, Apple and others that are specifically targeted at imaging/CAD professionals can often offer a good balance between value and quality. A non-glossy surface is preferable for image processing. The reflections on a glossy surface can become distracting and sometimes distort the colors.

Step two, color calibration:   Like most precision instruments, even the best displays need calibration off the box. This ensures the colors are displayed correctly by matching the RGB value that is sent to the display and the color that the display shows. In order to perform calibration you need a spectrometer to read the RGB values the display shows. There are a variety of hardware color calibration tools, the most popular models include DataColor and Xrite. I use Spyder 4 pro which is both consistent and easy to use with both Mac and PC. You can find reviews for different calibrators online. The cheapest models are usually not very consistent and best avoided while the top-of-the line models are best if you also plan to calibrate your printer output. One important feature that you should look for is an ambient light sensor so the display can be calibrated according to the ambient brightness level.

What is color correction : Color of an object is determined by the light it reflects, a white object reflects all shades of the visible light and thus is seen white. A green object only reflects the green wavelengths, it absorbs all other colors. If a pure white subject is placed under green light it will look green. Similarly, a subject that is neutral under daylight will look red/orange in evening light when the sun is low in the sky. The same subject will look blue in overcast light. In absolute colorimetric terms, color correction refers to the process of adjusting the relative strength of each of the Red, Green and Blue channels such that a white subject looks white regardless of the light source.

This means the red, green and blue values on a pure white subject should be similar. For example if the RGB value on a white subject reads (150,100,100) this means the image has a red color cast. After color correction, the RGB values should be almost equal, e.g. (120,118,122). In digital cameras, camera’s RGB sensor (sometimes referred to as the white-balance sensor) determines the white balance of the scene by identifying a 18% grey subject (neutral grey) and apply a correction to the RGB values in the final JPEG output. For RAW output, the calculated white balance (WB) is simply stored with the RAW data and applied during conversion. It can be changed by user. Although modern DLSRs have sophisticated RGB sensors, the images taken under some condition often have a color cast. These situations include mixed lightning, low light, artificial light source such as fluorescent or tungsten light etc.  It is necessary to apply color correction in many situations for an accurate output. Although color correction can be applied to the JPEG files it is best to do it during RAW conversion on full 14 Bit data to avoid compression and numerical errors.

I use Canon DPP for RAW conversion and my favorite tool for quickly achieving an ideal white balance is the color temperature slider, in the white balance settings. I prefer this tool to the manual white balance tool or click white balance that allows the user to manually specify a white point. Placing the manual WB eyedropper on a neutral surface will give you perfect color correction in absolute colorimetric term, but it often takes away the mood and ambiance of the original scene. For examples, photographs taken in early morning or late evening have a warm color cast that contributes to their pleasing look. The photo below illustrates this point. The Elegant Tern was photographed in late afternoon, at Bolsa Chica wildlife refuge in Southern California. 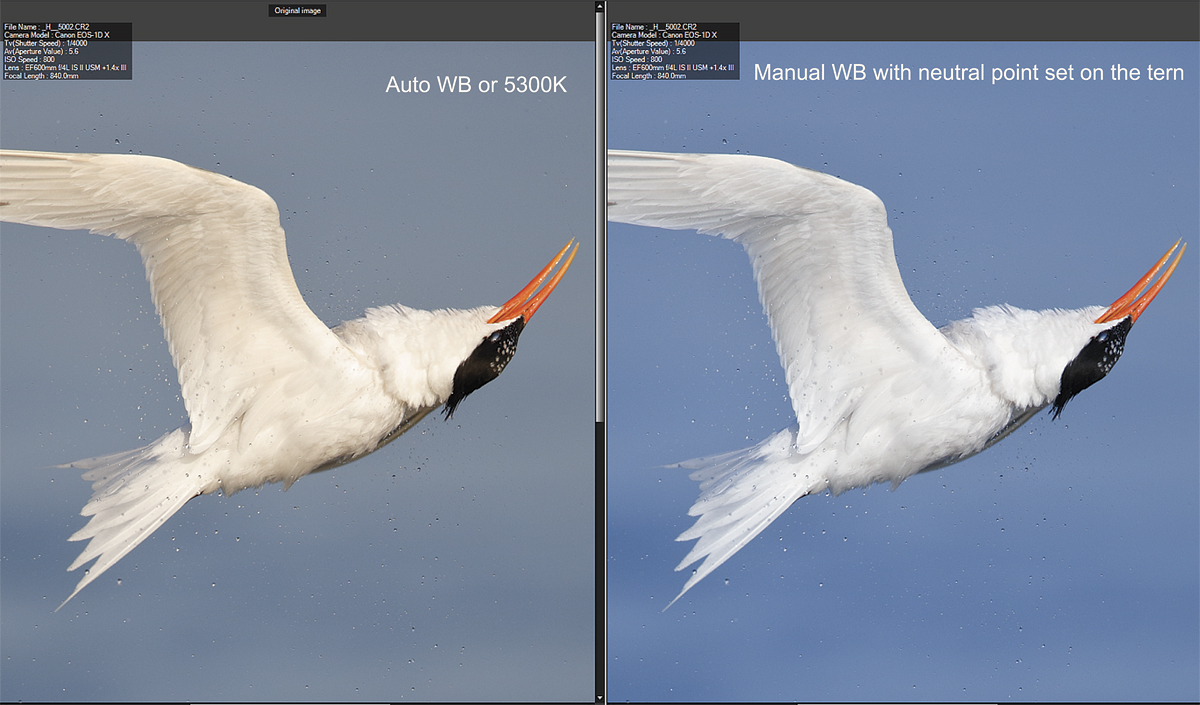 Many photographers prefer the image on the left with the warm tones, it looks closer to the original scene. 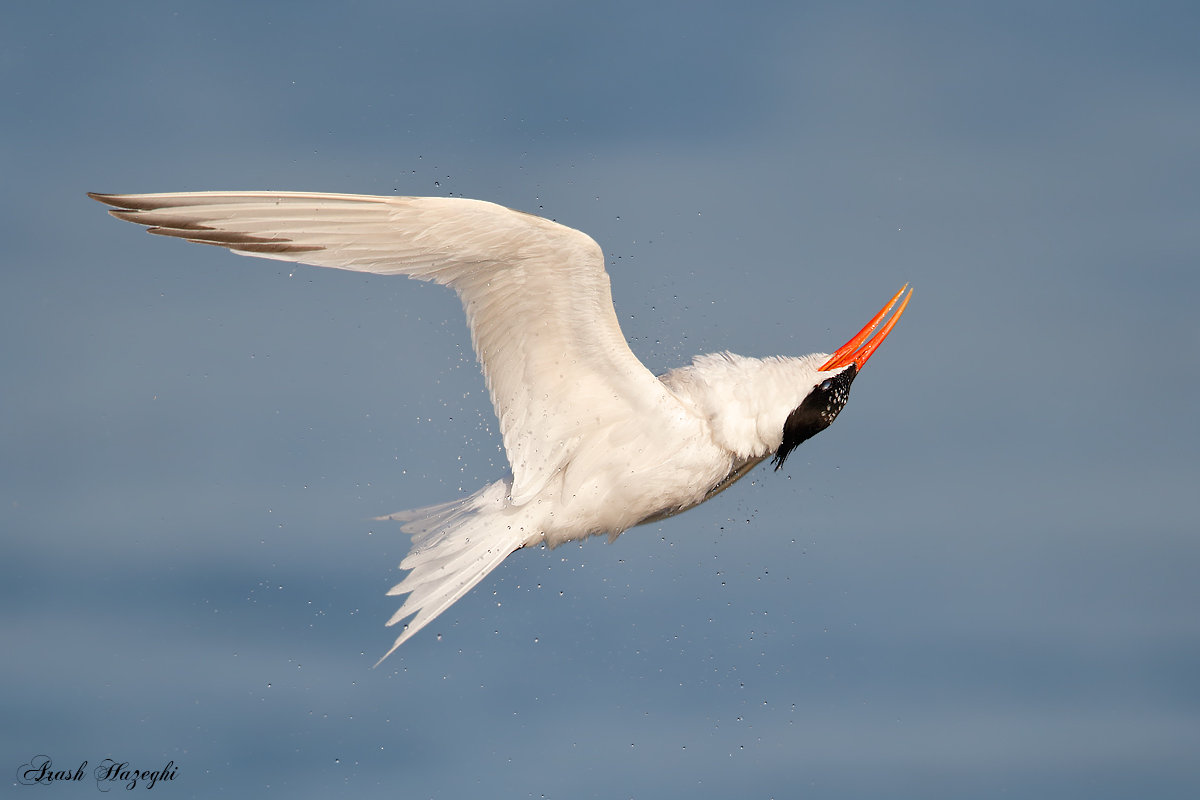 For most photographs the color temperature method works perfectly, but there are situations where it cannot fully correct the image. This usually happens when the color cast is strong and the number of distinct tones in the image is limited. A perfect example for this scenario is a snowy owl in a cloudy day under low light. In this case the image will come out of the camera with a strong blue cast, similar to the example below. 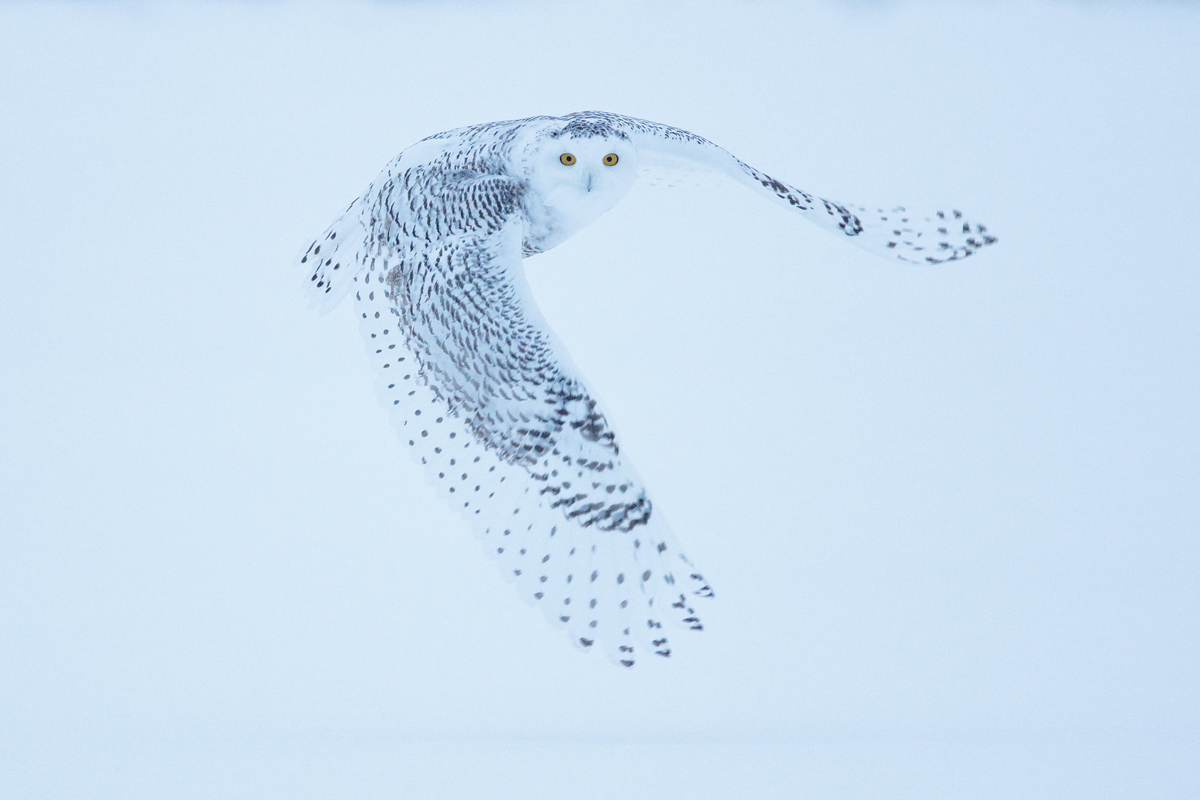 Color-correcting this image using the color temperature slider is difficult as the blue cast will remain even at 10,000K. The easiest way to correct the white balance for this image is to set white balance manually. I placed the eyedropper on the background right below the owl’s head. The background was snow which should look perfectly white under overcast light. After setting the WB and slightly brightening the image, owl’s feathers turn into pure white and the yellow eyes stand out as they do in a real snowy owl, and at the same time, the cloudy mood of the image is also preserved. 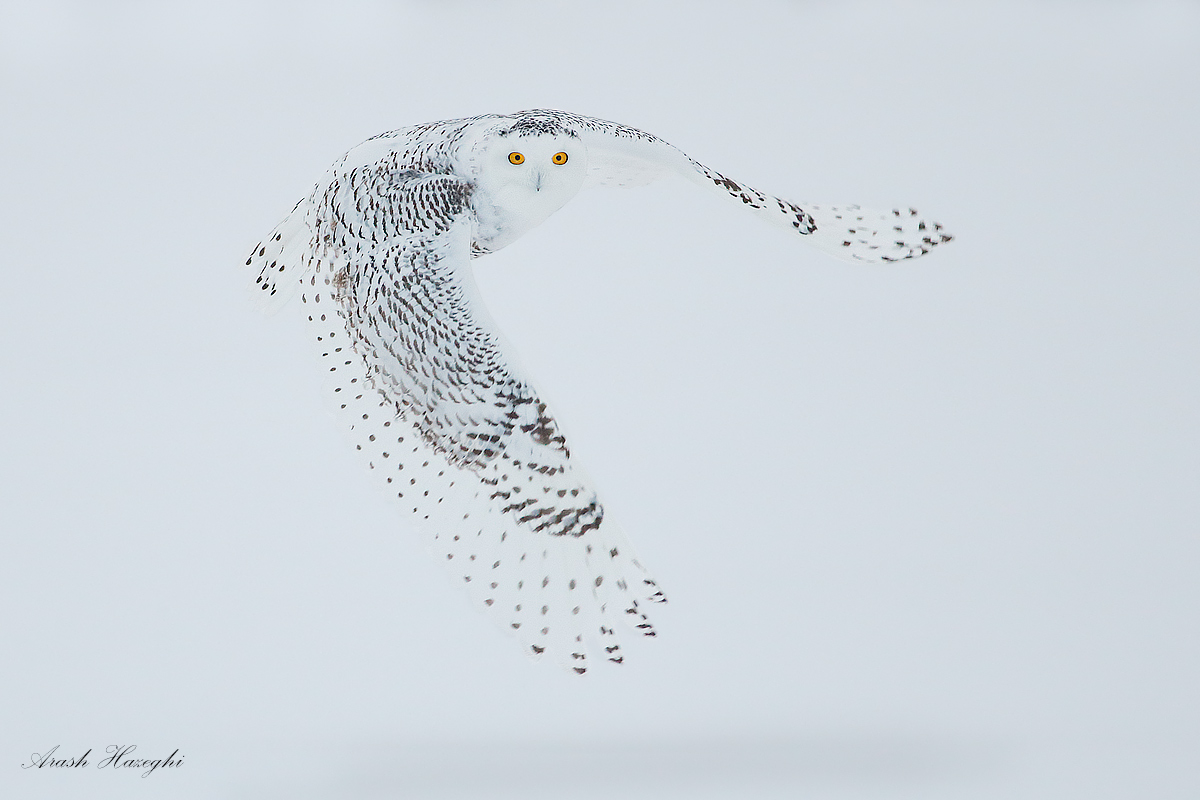 In conclusion, color correction is a crucial step in post processing your photographs, a step that is often overlooked. Start with calibrating your monitor first. When doing color correction try to find a good balance between accurate color reproduction and keeping the mood/ambiance of the scene. I hope you found this article useful. To learn more about my processing techniques visit the guides sections.