Introduced in 1999, the original EF 600mm f/4L USM IS has been a popular lens among nature and wildlife photographers in the past decade. The long focal length and superior optics makes this lens ideal for avian photography. The original EF 600mm f/4 IS was a very sharp lens and it performed very well with the Canon EF extenders, including the latest EF 1.4X and 2X extender III. Despite great optics and the versatility to cover focal lengths from 600mm to 1200mm, the original EF 600mm f/4 IS had one significant disadvantage, its weight. At 11.8lbs the lens is difficult to carry around and handhold day in and day out for most photographers. Many experienced avian photographers prefer to handhold their rig for in-flight shots where the old lens’s weight could become prohibitive. For this reason, the smaller, lighter sibling, the EF 500mm f/4L IS USM became more popular among many avian photographers, in particular flight shooters.

In Feb 2011, Canon introduced the 2nd generation of their super-telephoto lenses after more than a decade. The most striking figure in the spec sheet of the new lenses is the weight. The new lenses are 20-30% lighter than their predecessors. In particular the EF 600mm f/4L IS II weighs 8.65lbs which is ~27% lighter than the older model and almost as light as the original EF 500mm f/4 IS USM (8.54lbs). Many people found the original EF 500mm handholdable. They can now increase their focal length to 600mm with no penalty in weight.

In this short article, I will provide a summary of field performance for the EF 600mm f/4L IS II with respect to handheld avian photography.

Sept 2012 update: Soon after I received the lens, Canon USA issued a firmware update for the series II super-telephoto lenses. The firmware 1.1.1 changes the control algorithm of the focus drive, and enhances the drive’s responsiveness for more precise focus and adjustments. It enhances the AI servo AF capability of the lenses to track objects that move irregularly in sports events, such as soccer or rugby according to Canon. My lens received the firmware update from CPS in south California. I did not observe a noticeable difference in AI-servo tracking performance before and after the firmware update. However, given the erratic nature of my subject, birds in flight, it is not possible to perform a relevant controlled test and it is difficult to notice small differences. Perhaps this update would be more relevant if you shoot the particular sports mentioned above. The images in this review are taken with the older as well as the new firmware. 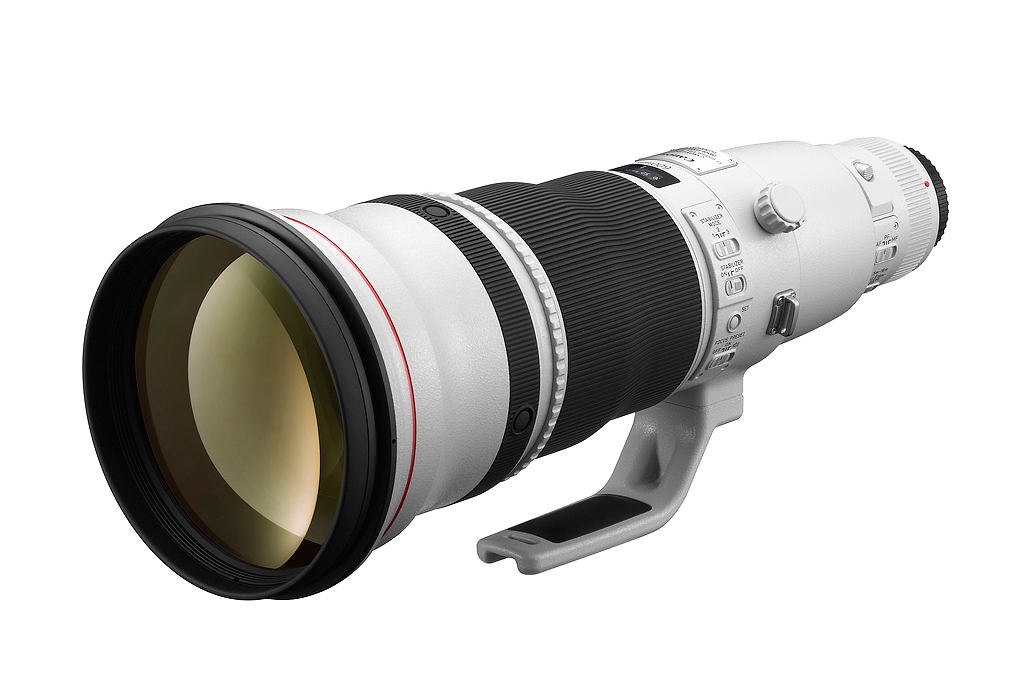 The new EF 600mm f/4L IS II features a high-quality rugged construction. The barrel is made entirely from magnesium/titanium. Rubber is only used on the focus ring and the ring housing the four AF-stop buttons for a better grip. O-rings seal the lens mount as well as the focus ring to protect the internal elements against water/dust. The focus ring is very smooth. The AF operation is rapid, smooth and completely silent as expected. One major improvement over the original super-telephoto lenses is the tripod collar. The tripod collar now features a a very smooth and almost “fluid” rotation mechanism with just the right amount of dampening. It locks into portrait/landscape positions very easily. Kudos to Canon for improving the collar. 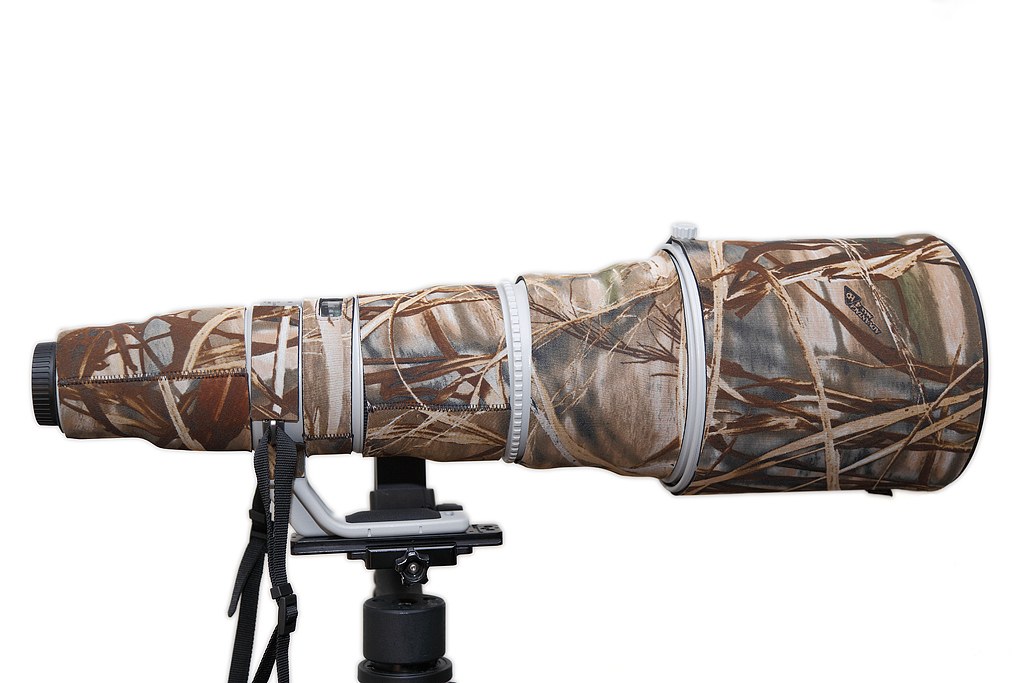 The front of the lens as well as the ring grove for mounting the lens hood is covered with rubber and painted black. Unlike the old lenses, tightening the locking knob on the hood will no longer cause paint chips in this area. The supplied strap is now padded and much more comfortable when wearing around the neck or shouldering the lens for extended periods in the field. Note that it was difficult to obtain padded aftermarket straps for the old super-telephoto lenses as the strap mounts were too narrow. The provided front lens cap however feels somewhat cheap compared to the old leather caps. it is supported at its base but it is not deep enough. It becomes almost unusable if you cover the hood with a lens coat. The suitcase that Canon provides for carrying the lens now includes straps as well and it is slightly thinner making it carry-on size compatible, although most people prefer to use a roller bag.

The EF 600mm f/4L IS II controls are arranged into two groups: the IS settings and the focus settings (shown left). The supplied front lens cap is not large enough to provide a good fit if the hood is covered with a LensCoatTM (shown right).