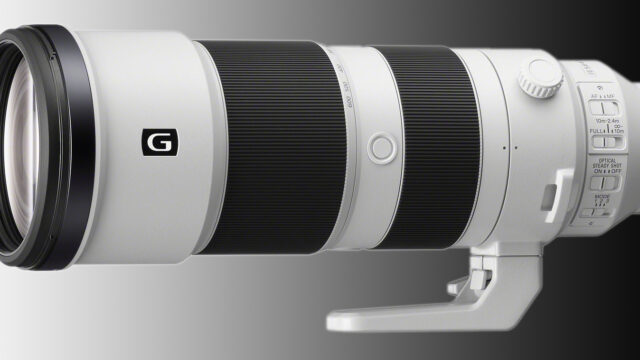 The Sony 200-600mm f/5.6-6.3 G OSS lens was introduced in mid 2019 as Sony’s entry level super-telephoto lens. The 200-600mm zoom is not a fast lens, thus the “super-telephoto” designation only refers to the 600mm maximum focal length in this case. The super-telephoto designation was historically reserved for the long f/4 lenses such as the 600mm f/4 prime, but nowadays manufacturers use the word liberally. With a MSRP of just under $2000, the 200-600 is one of the lowest cost options that gets you to 600mm without any tele-convertor tricks. It competes against the slower and shorter Canon RF 100-500mm f/4-7.1 which is priced higher at $2800  and Nikon’s modestly priced 200-500mm f/5.6 lens. I reviewed the Nikon zoom back in 2018. For bird photography, Sony wins the spec race right off the bat reaching to 600mm at just a touch slower than f/5.6, but let see if it is any good in the field.

Sony’s 200-600mm barrel is made of a tight magnesium shell, It feels cold and solid, there is no cost cutting in the construction, unlike the Nikon 200-500mm or the Canon 100-500mm both of which are wrapped in  plastic shells. The Sony uses an internal zoom mechanism often found in more expensive premium lenses. With no externally moving parts it provides better sealing against dust and moisture and has no awkward creep. Again the competition use the low-cost extending barrel mechanism in comparison. The hood is made of plastic but it fits well and the lock mechanism is very smooth. the tripod foot can be detached via a quick release mechanism but the collar  is not removable.

Overall Sony has not compromised in the construction quality of the lens and in this respect it is closer to a “GM” lens than a “G” lens. The main compromise in the design of the lens is the absence of any exotic optics such as diffractive elements like the ones used in the Nikon AF-S 500mm f/5.6 PF (see my review from 2019). As a result the lens tips the scale at 4.65  lbs the same weight as the Canon’s now aging EF 400mm f/4  IS DO II. Use of such materials would have saved a pound or more but would have likely doubled the price.

The lens is relatively compact, at least next to the FE 600mm f/4 GM which dwarfs it even without the hood. 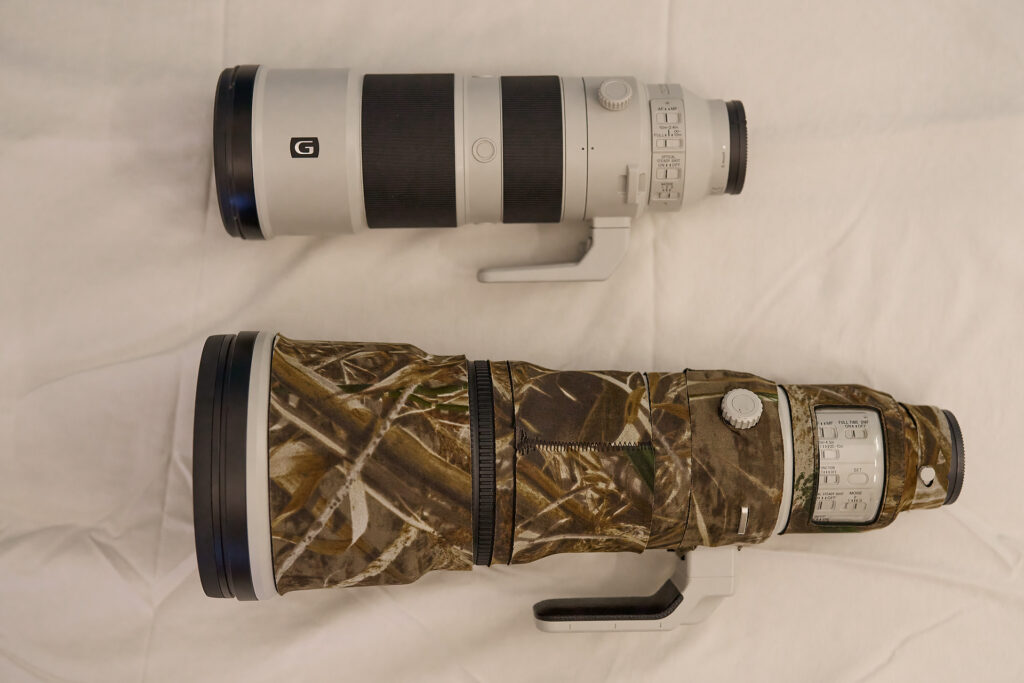 The lens features Sony’s optical image stabilizer (OSS)  which joins forces with the IBIS system in most Sony Alpha series cameras. The OSS has three modes 1. for static shots, 2. for panning  3. Active mode that is similar to mode 2 but also stabilizes the viewfinder image more smoothly by eliminating sudden image jumps, it is ideal for handholding at the longer end. The lens also features a quad of custom function buttons around the barrel which is uncommon at this price point. A single custom function such as AF pattern selection can be assigned to these four buttons.

The focus limiter switch on the lens generously provides a full, long and short range making it more useful for BIF photography. The minimum focus distance (MFD) is 2.4m giving a maximum magnification of 0.2X. The MFD is much shorter the GM prime making this lens mode ideal for close up work.

The optical performance of the 200-600mm is quite good. There isn’t anything else in the 600mm range in Sony’s own line up to compare it with, besides the 600mm f/4 GM which costs approximately 6x more if you can find on in stock.  The zoom does not quite match the prime’s performance as the controlled tests reveal but it holds up relatively well even on Sony’s flagship A-1 with its demanding 50-mega pixel sensor. The 100% crop from RAW converted with Capture One Pro highlights the differences between the zoom and the prime. The zoom doesn’t quite deliver the punchy micro contrast of the prime and its MTF is also a bit lower. It doesn’t quite out-resolve the 50-mega pixel sensor of the A-1 like the 600mm f/4 GM does, but it is still delivering quite good resolution in the center area of the frame. With a bit of careful sharpening the final processed image can look just as good in many if not all conditions. Please see my Capture One Pro guide for details of processing  Sony RAW files.

The 200-600mm takes both the 1.4X and the 2X TC resulting in an 840mm f/9 and a 1200mm f/13 combination. Adding the 1.4X TC causes a noticeable degradation of the micro-contrast and MTF on the A-1. This combination was somewhat OK on the lower resolution A-9 series but it just can’t deliver the required MTF for the A-1 sensor as shown in the controlled test below. Where the combination of the prime and the TC is still out-resolving the sensor as evident by the moiré, the 200-600mm + TC combo looks a bit soft and exhibits a bit of ghosting on the A-1. In less than ideal condition it can also exhibit some CA/fringing, especially closer to the borders of the frame. Shooting birds with low contrast white feathers such as a white-tailed kite will often result in a disappointing image.

The zoom + TC combination has very limited application for close subjects under very ideal field conditions, and it requires special attention to sharpening and clarity during RAW conversion as outlined in my Sony Capture One Pro guide. In my book, TC’s are always reserved for primes and the 200-600mm is no exception. In most cases the extra shutter speed or the lower ISO gained by avoiding the TC outweighs the extra magnification it provides, when using the demanding A-1 body. The combination of the zoom and the 2X TC is not recommended on any Sony body, the image is quite soft and cannot produce a high-quality output. 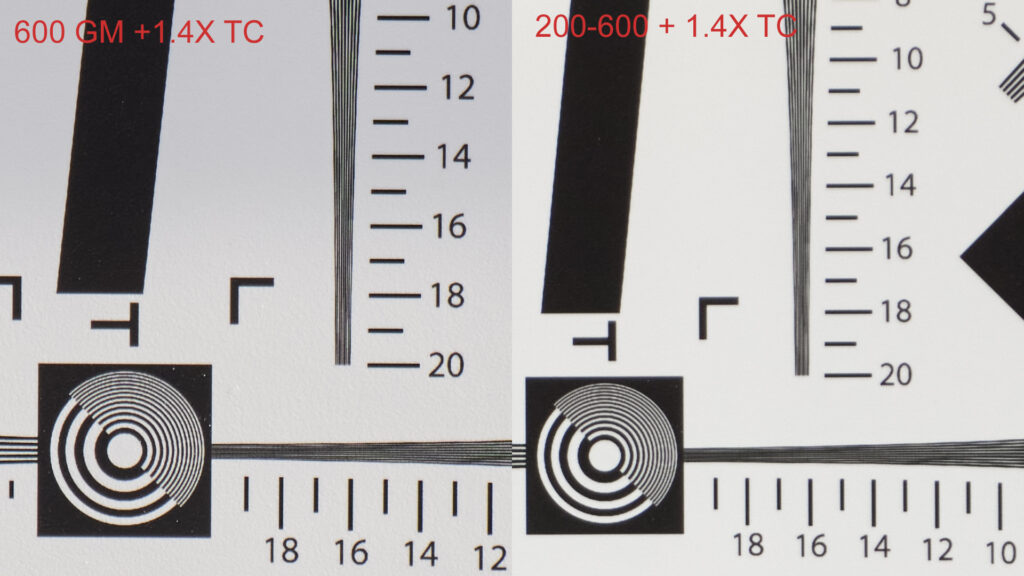 Field examples tell a similar story, overall the 200-600mm is the  best long zoom lens I have used in the 600mm range. With the correct technique both at the time of capture and in post processing  it can produce clean and sharp images. Some examples are provided below. 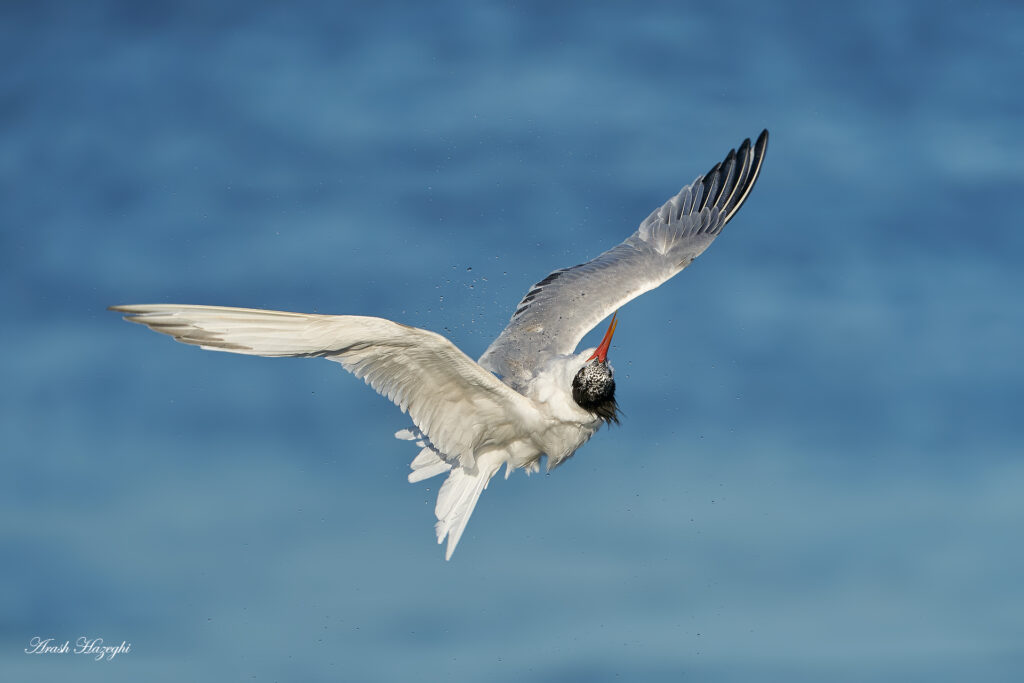 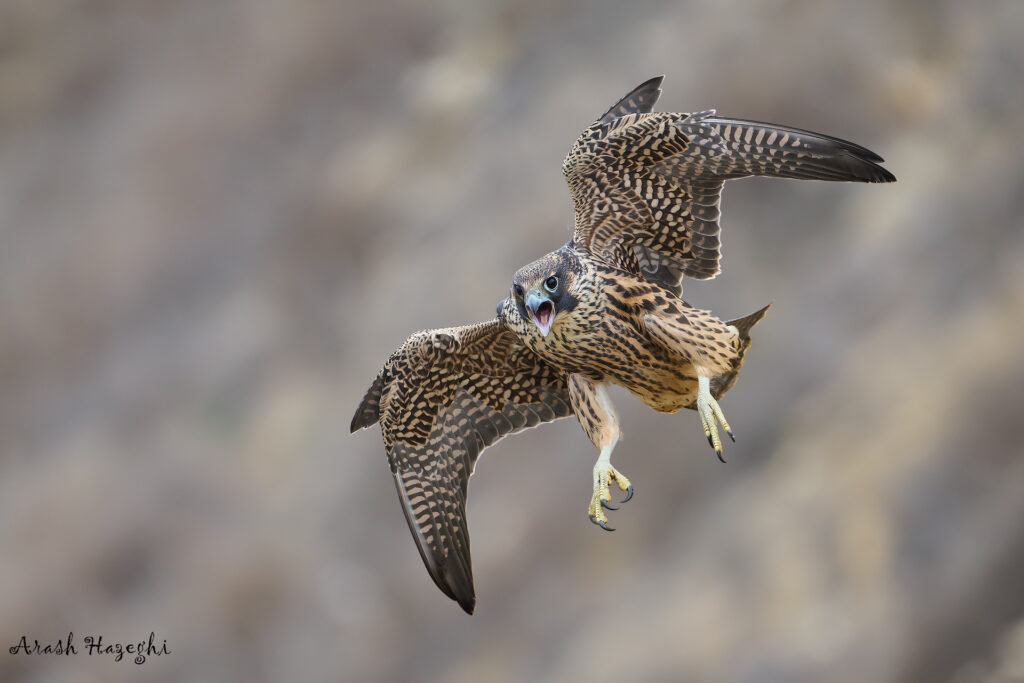 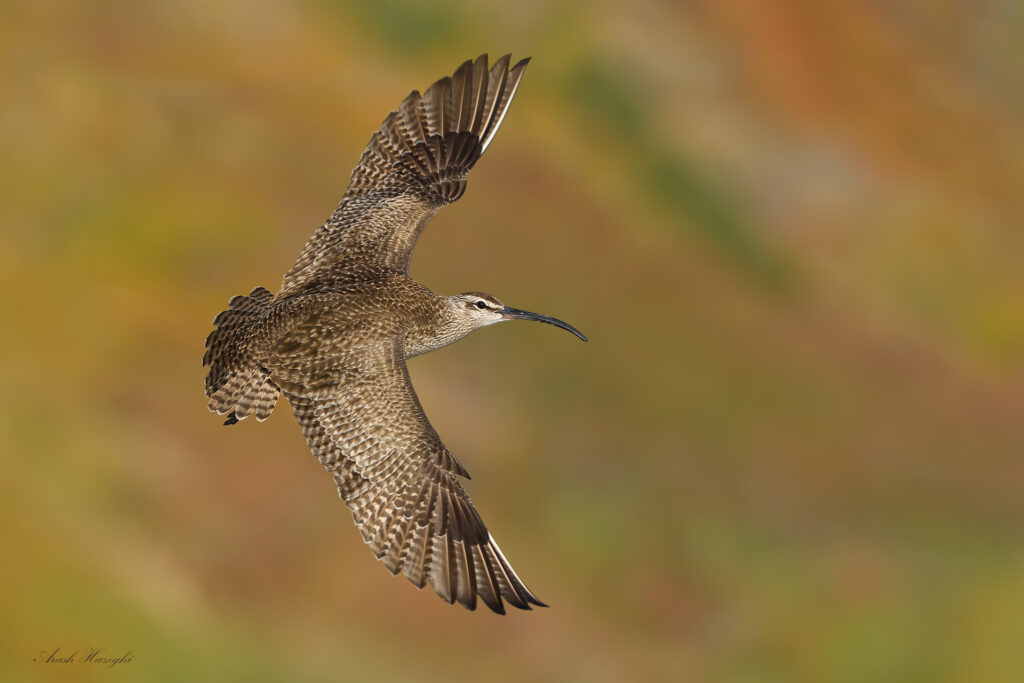 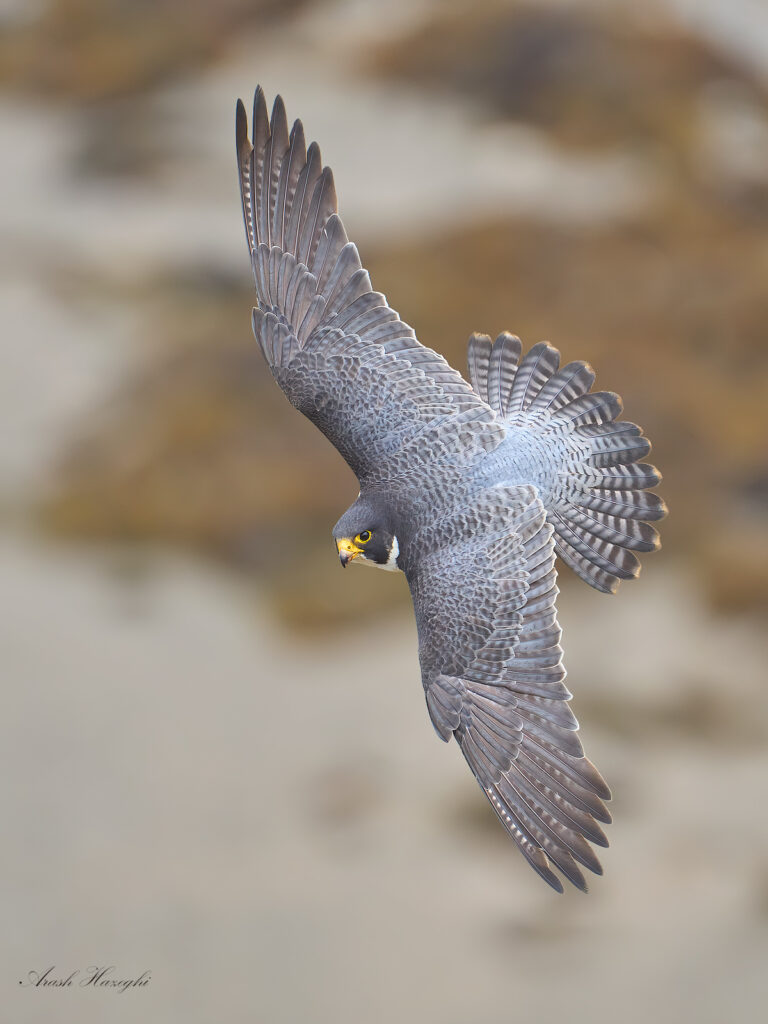 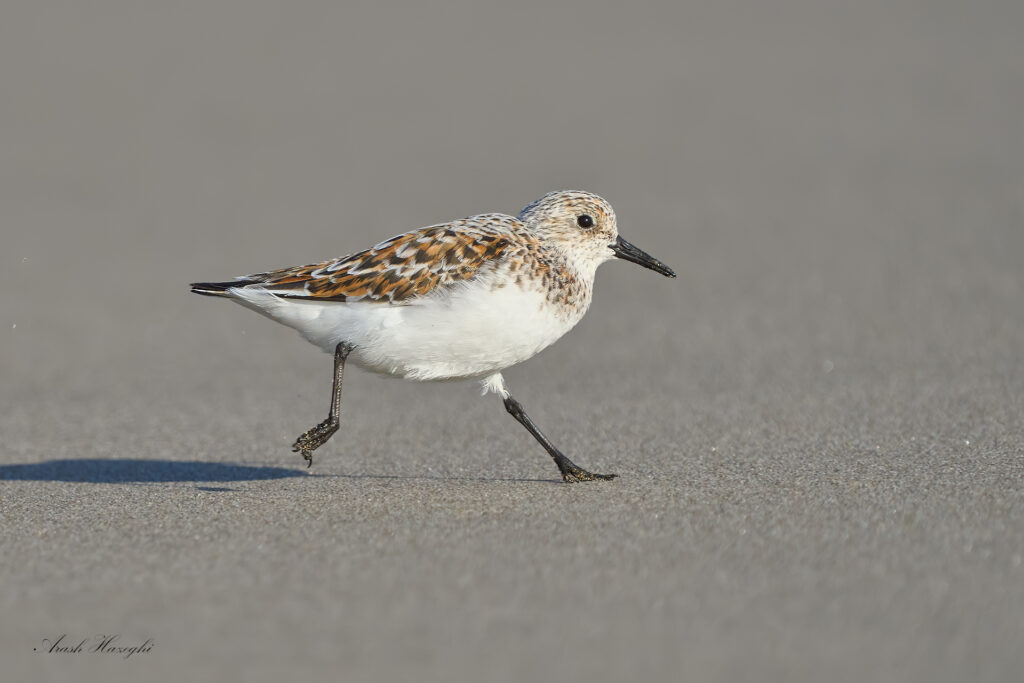 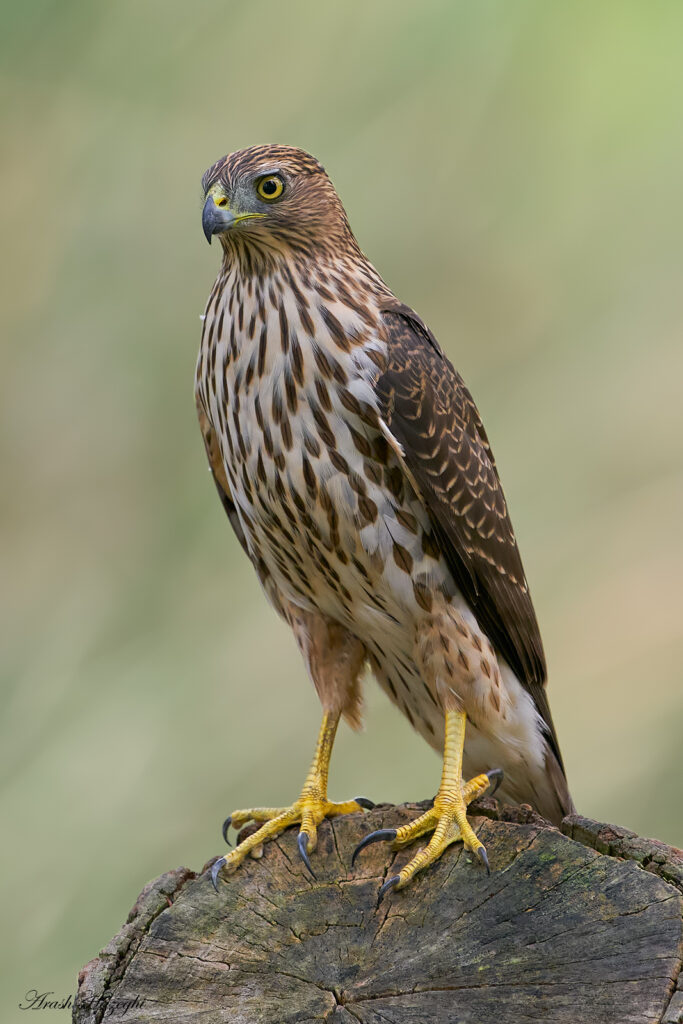 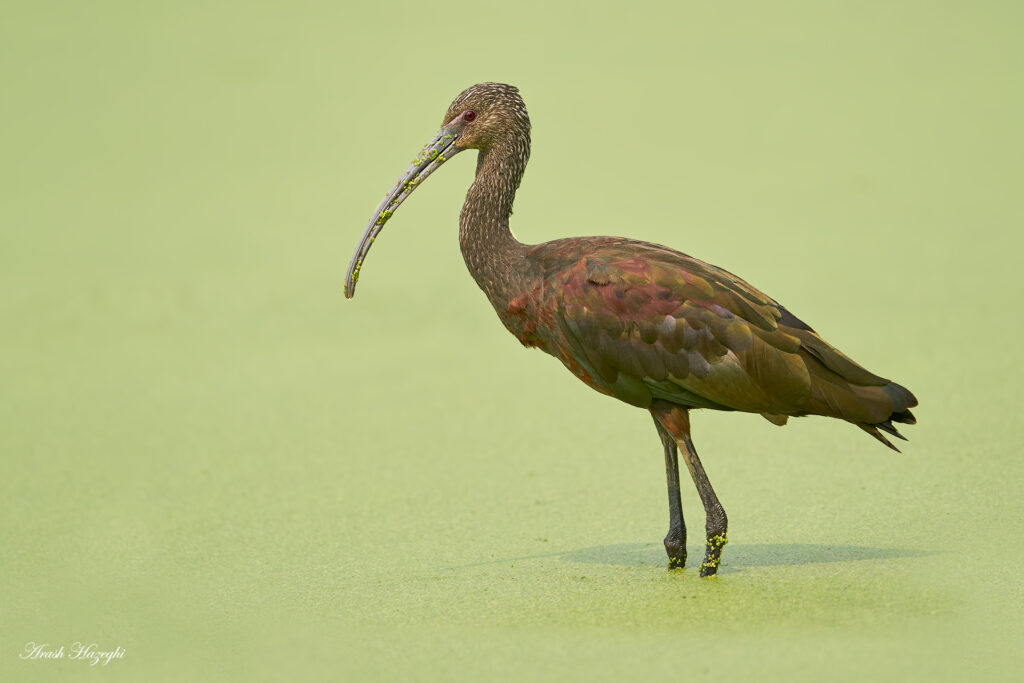 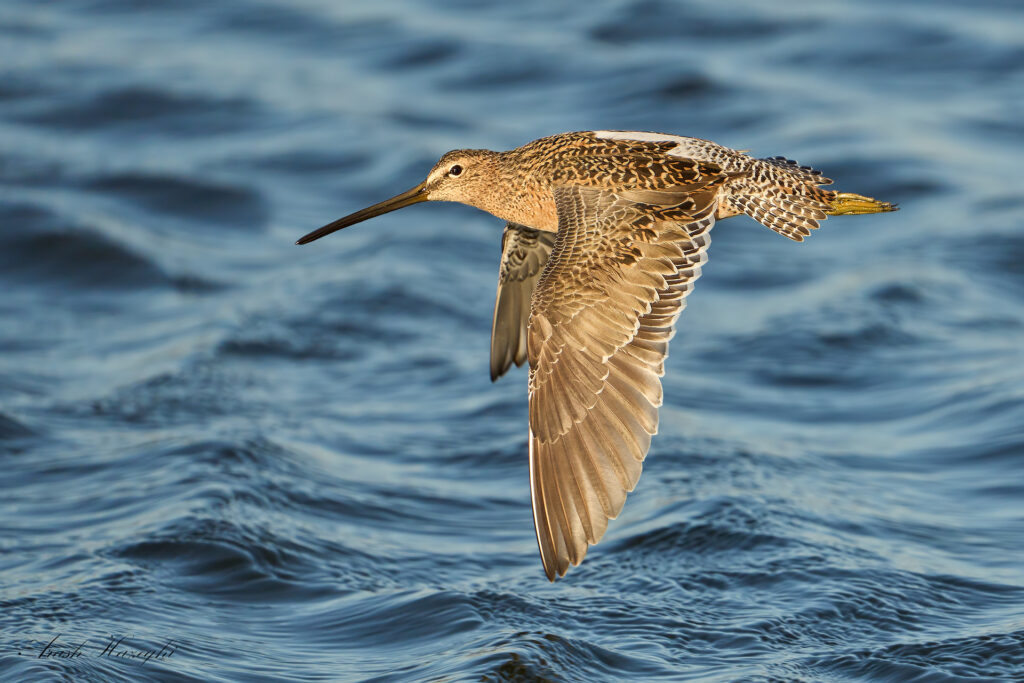 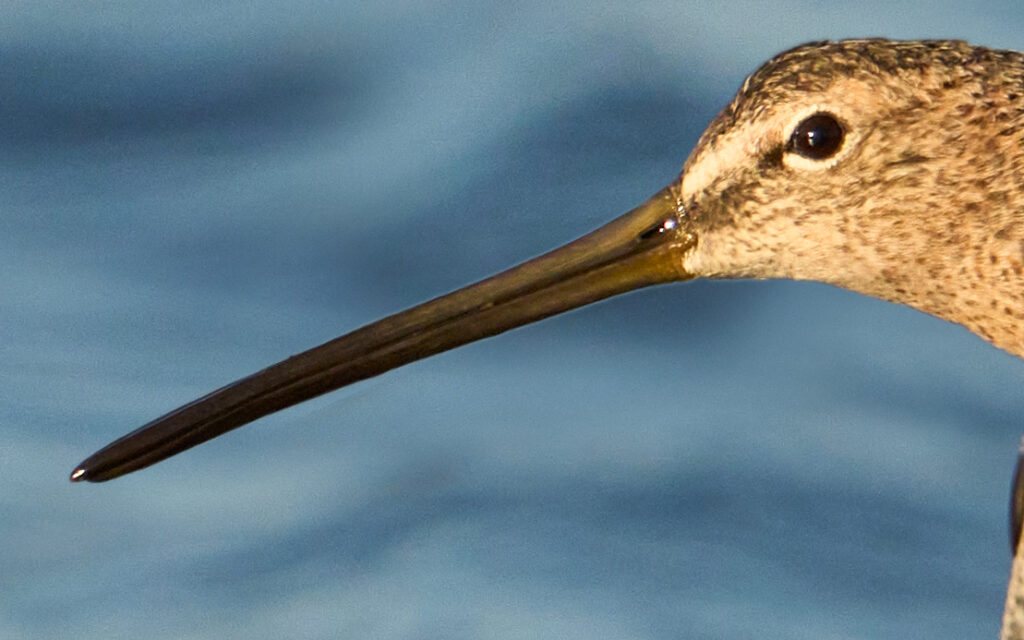 100% crop from RAW. Click on the image to enlarge 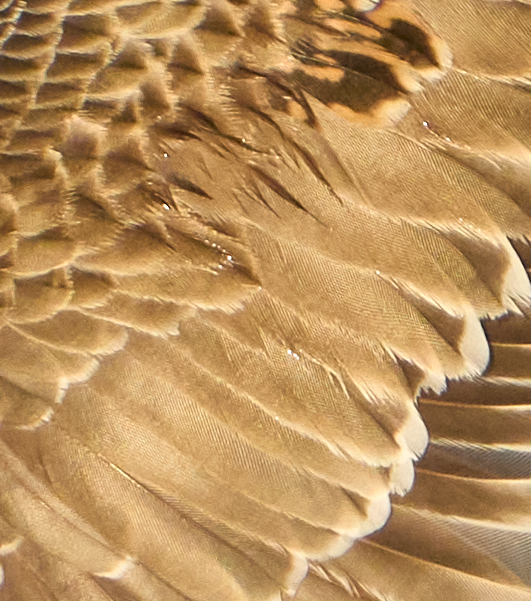 100% crop from RAW showing plumage details. Click on the image to enlarge. 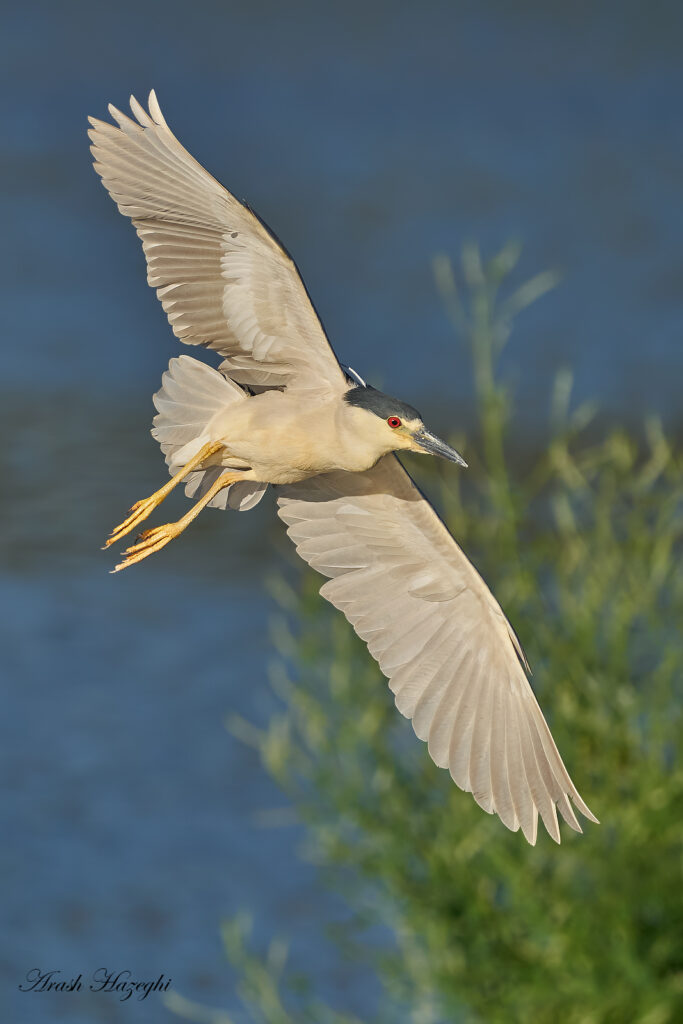 All of the images above were processed using Capture One Pro with the steps detailed in my guide, an were optimized on my 4K 32″ NEC reference monitor.

The examples below show the difference in FOV/magnification between the 600mm f/4 prime and the 200-600 mm for three different focus distances: 40ft, 25ft and 13.5ft. 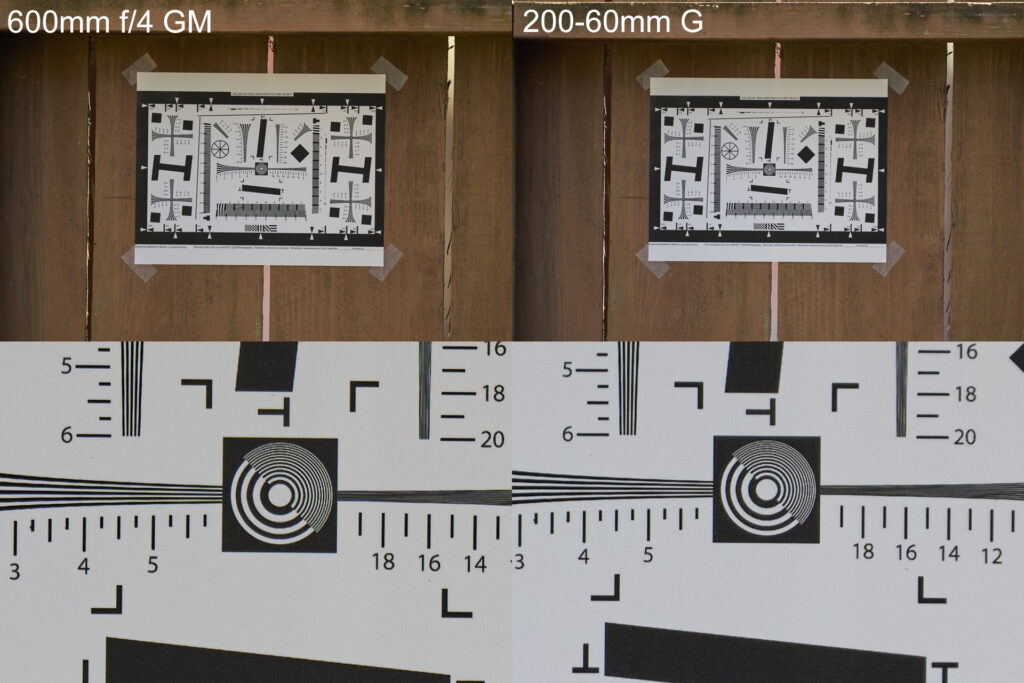 However, at 25ft ~7.5m focus distance we can already see a visible difference in the magnification / FOV of the zoom compared to the prime. The zoom lens’s focal length has dropped to about 540mm 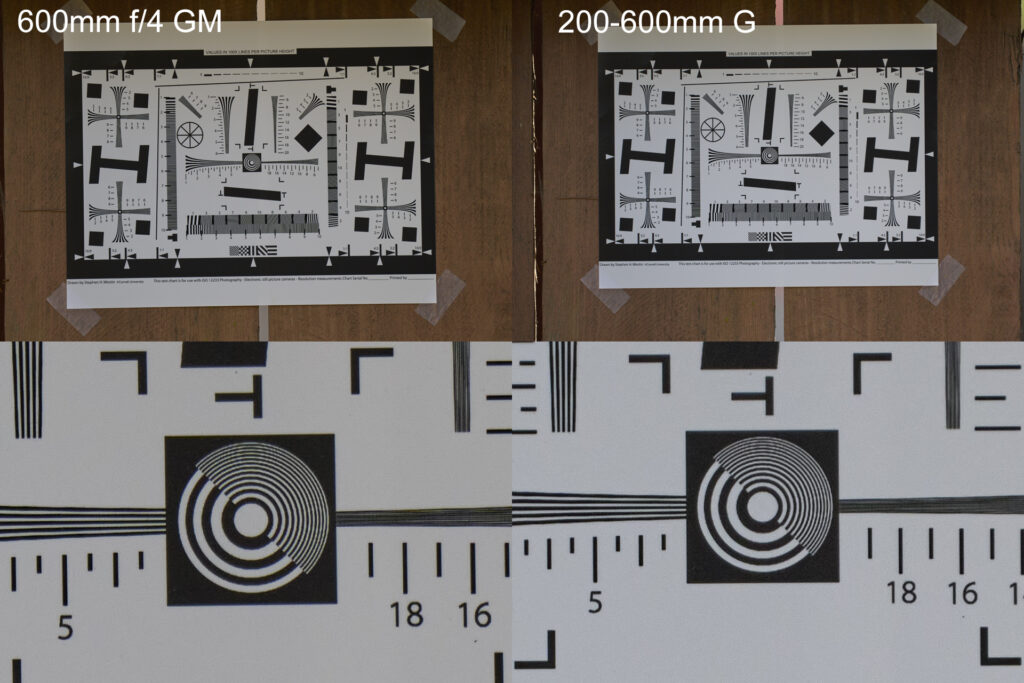 At 4.5m ~13m which is the MFD of the 600 prime, the difference is even more noticeable with the zoom lens’s actual focal length dropping to about 530mm 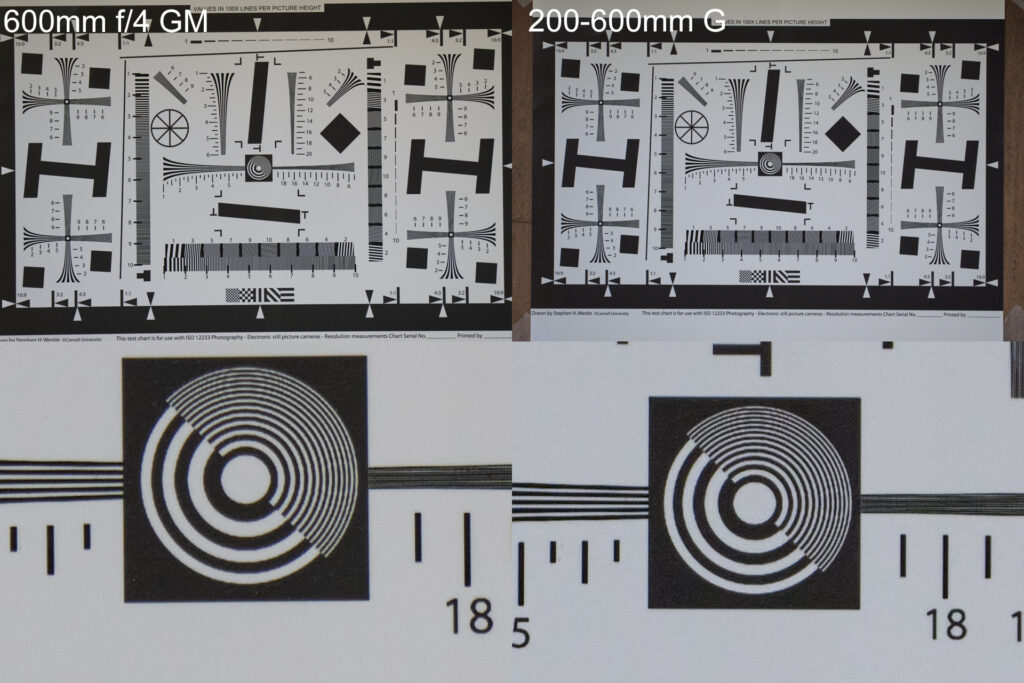 Please note that the 200-600mm’s shorter MFD  means you can get closer to the subject and achieve a higher magnification than the prime despite the breathing effect. For close range BIF shots where you cannot get any closer to the subject (e.g. shooting from the shore or boardwalk) this can make a difference however.

The 200-600mm uses the Sony’s linear motors for moving the focus elements, being a mid-range lens it doesn’t offer the more advanced multiple linear-XD motors found in the likes of the 600mm f/4 prime. When the focus limiter is set to full range, the speed of the initial AF acquisition can be a bit slow and cause missed frames when photographing challenging BIF. This can be mitigated by setting the switch to far focus in these scenarios.

The precision of the AF is excellent with  95% or higher consistency on the Sony A-1 when used by a skilled BIF photographer. In fact I used this lens to photograph peregrine falcons in relatively low light and was able to produce hundreds of keepers quite easily where my previous DSLR + 600mm f/4 rigs struggled mightily and came up with only few keepers from each session (please see my BIF guide to learn more about my techniques). Of course the high-precision AF is enabled by the camera body, and is not just a function of the lens.

The 200-600mm has a special feature not even found in the FE 600mm f/4 GM  that can help achieve AF lock in very challenging situations. This killer feature is the ability to zoom in and out as the camera is tracking focus.  Many of the missed BIF shots are due to failure in the initial acquisition rather than AF tracking.  Sometimes the photographer cannot quickly locate and center a fast flying bird in the finder when shooting at 600mm FOV. Even if the photographer has previously pre-focused at the right distance a fast bird will quickly become totally out of focus and impossible to find in the EVF. This can happen to the most experienced and skilled BIF photographers too.  Additionally,  sometimes the camera has trouble making out the bird from a varied BG at 600mm due to the shallow DOF. The AI algorithms  in the Sony’s AF core rely heavily on pattern recognition to discern the bird from the BG, but when the bird is “lost” in the BG the system may take too long to pick up the bird.

The solution to both of these issues is a quick zoom-out while following the bird. The wider FOV makes it easy for the user to locate and center the bird while the increased DOF allows the camera to make out the bird from the BG and acquire lock quickly. This method needs lots of practice to master but it can pay dividends in capturing amazing BIF photographs which might even sound impossible with a “slow” zoom lens

The images below were captured by using ZWF technique 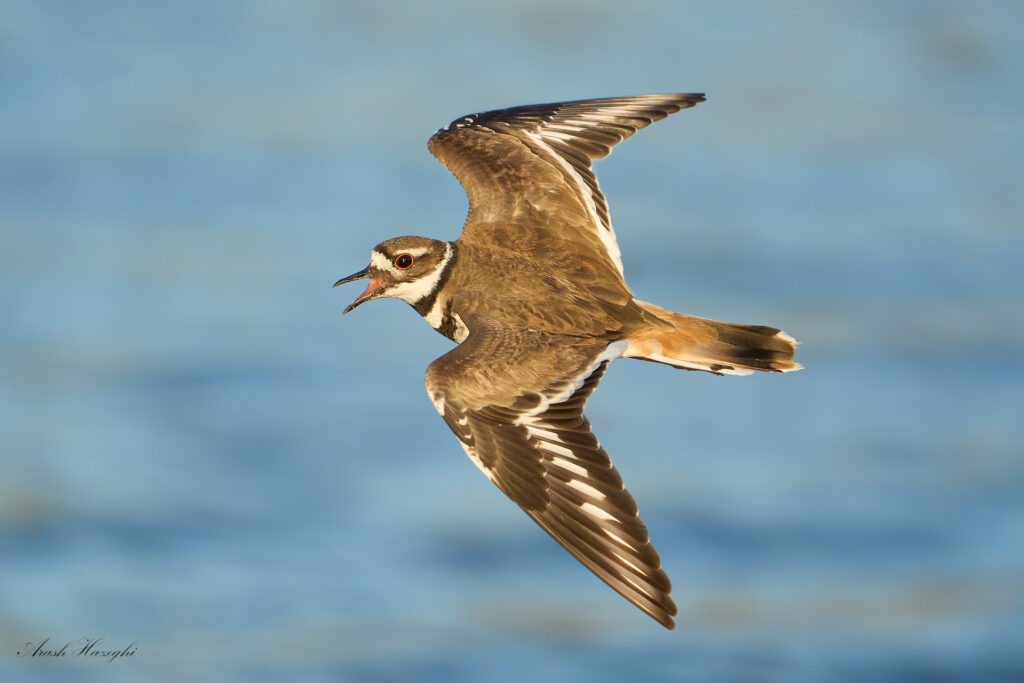 In this example the peregrine falcon suddenly popped from behind a cliff, at 600mm it would have been quite difficult to locate and center it. I zoomed out instantly to acquire AF lock and zoomed in as the bird banked. Upside down elegant tern: this is another example where I had initially lost the elegant tern that had just emerged from a dive, by zooming out I was able to find it and initiate AF tracking to capture this perfectly “inverted” pose 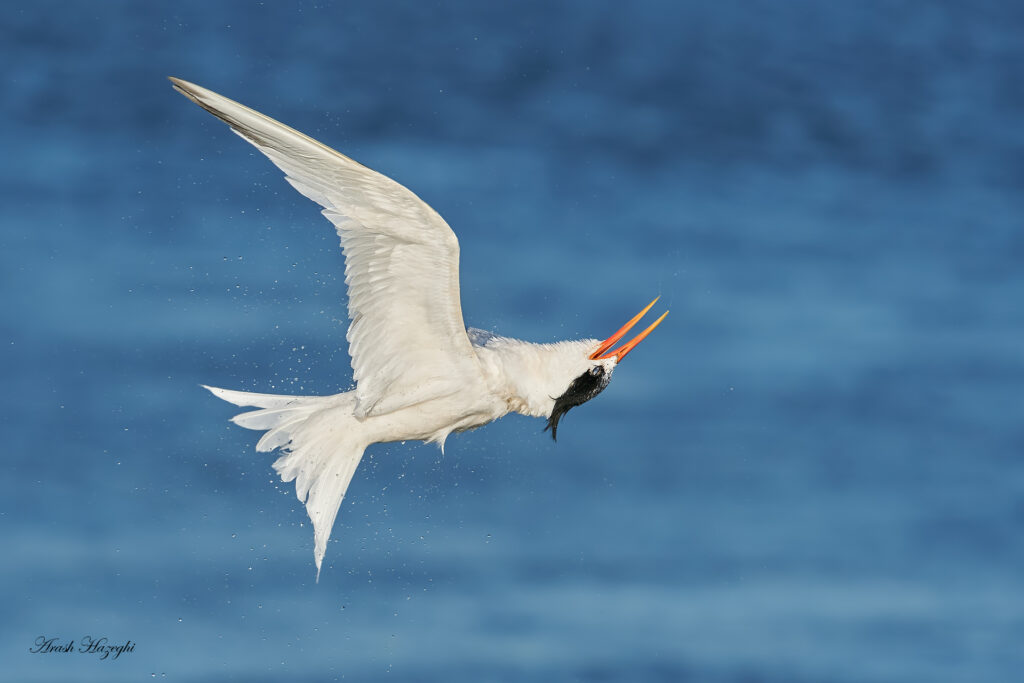 In summary the combination of the limiter switch, pre-focus technique and ZWF (zoom while focusing) allows a skilled BIF photographer to overcome the slower AF motors in this lens and achieve outstanding results.

The Sony 200-600mm is a low-cost zoom lens with convincing optical performance and excellent build quality. It can handle challenging BIF with the right technique. The lens is on the heavier side for its modest f/6.3 maximum aperture and does not take the TC’s well on the high resolution bodies. It exhibits some focus breathing at shorter focus distances but its strengths make up for these shortcomings and in fact I have grown to like it a lot. It sits in my camera bag whenever I cannot take the big six, or when shooting from a vehicle. It is significantly better than anything else in this price range for capturing high-quality  BIF photographs and therefore I highly recommend it. At some point we might see a premium version of this lens, perhaps with a slightly faster aperture , a bit weight loss diet and XD motors but until then this lens fits the bill.

-does not take TC’s well on high-resolution bodies

–  shooting from a vehicle or boat.

–  Travel with a compact rig

–  long distance shots where TC’s are required and heavy cropping might be needed such as photographing skittish raptors.

– When highest possible AF drive speed is required such as birds flying towards the camera at high speed.