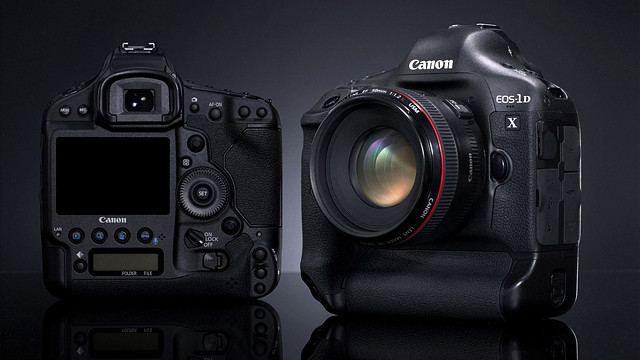 AF performance
Most of my photography is focused on flight shots of wild birds against varied backgrounds based on handhold super-telephoto technique. The handholding, acquisition and tracking skills of the photographer plays the most significant role in this method, but the camera AF performance also plays a major. Raptors fly fast and in erratic trajectories, so the photographer often has a single chance to lock focus on the subject at the critical time to capture the moment of peak action . I personally need AF that is very quick and accurate and can respond to my input in a fraction of a second. This is why I mostly use 1D series cameras. To this date, The EOS 1D Mark IV has had the best overall AF system that I have used. I had extensive experience with its AF system and it had helped me capture hundreds of dynamic flight images which constitute the majority of flight images in my portfolio. That is not to say the EOS 1D Mark IV AF was perfect in all conditions, but overall it seemed unlikely for Canon to significantly improve the already solid AF system.

The highlights of the new AF system include a 61-point sensor with up to 41 cross-type sensors (with select lenses) and 5 dual-cross sensors (f/2.8 only). With Canon super-telephoto primes at f/4 you get 41 cross-type sensors. When adding a 1.4X Extender MKII or MKIII to f/4 super-telephoto lenses 21 sensors will remain cross-sensitive at f/5.6. With firmware version 1.1.1 which was introduced after the camera’s release the center AF sensor remains active and cross-sensitive at f/8 (f/4 super-telephoto lens with extender 2X). If AF expansion is enabled the 4 surrounding points also remain active at f/8 but not selectable. Shown below is the EOS 1DX AF layout, superimposed on the EOS 1D Mark IV AF sensor grid. You can see that the EOS 1DX AF coverage is actually wider despite having a larger field of view due to its full-frame sensor. The details of the EOS 1DX AF system is published on Canon’s DLC website. 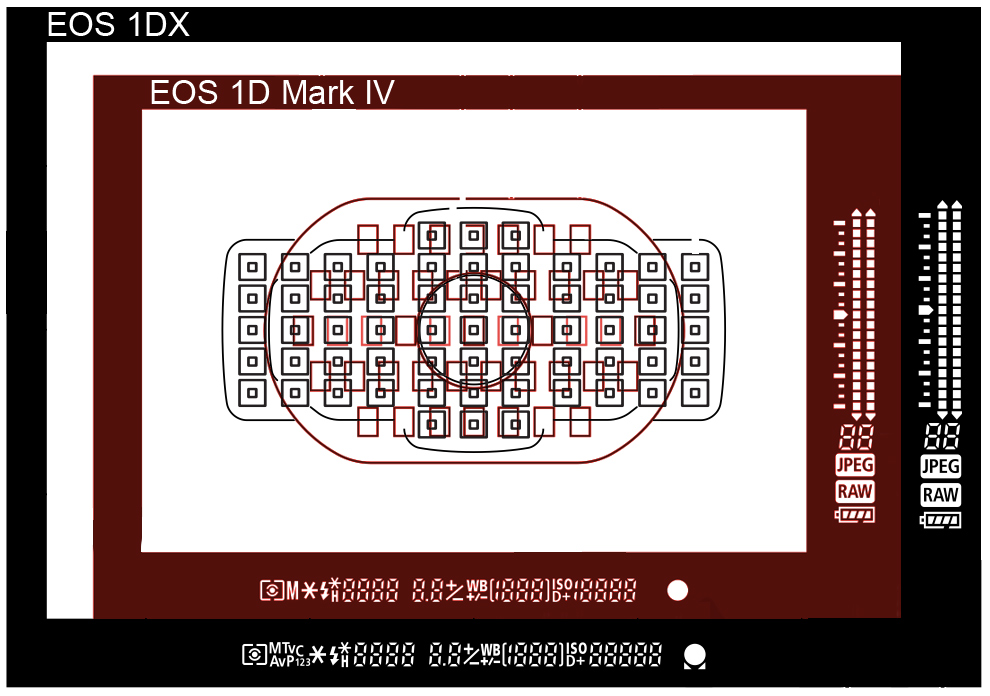 According to my interview with Chuck Westfall, Canon USA’s technical adviser the EOS 1DX and the EOS 5D Mark III share the same AF module, however the servo drive speed for EOS 1DX is much faster than the EOS 5D Mark III due to its high-capacity battery pack which has a higher voltage. I purchased an EOS 5D Mark III when it first came out back in spring 2012 for the purpose of testing the new AF system. The new AF system proved quite capable (see one example below) especially in tracking and low-light performance. But overall it failed to provide the same level of experience compared to the EOS 1D Mark IV, mainly due to slow servo drive when coupled to 500mm and 600mm super-telephoto lenses (with and without 1.4X extender III), noticeable shutter lag and slow continuous shooting speed. Given these factors it was not possible to do an apple-to-apple comparison with the EOS 1D Mark IV. As a result I quickly went back to the EOS 1D Mark IV and gave up on the EOS 5D Mark III for flight/action shots. 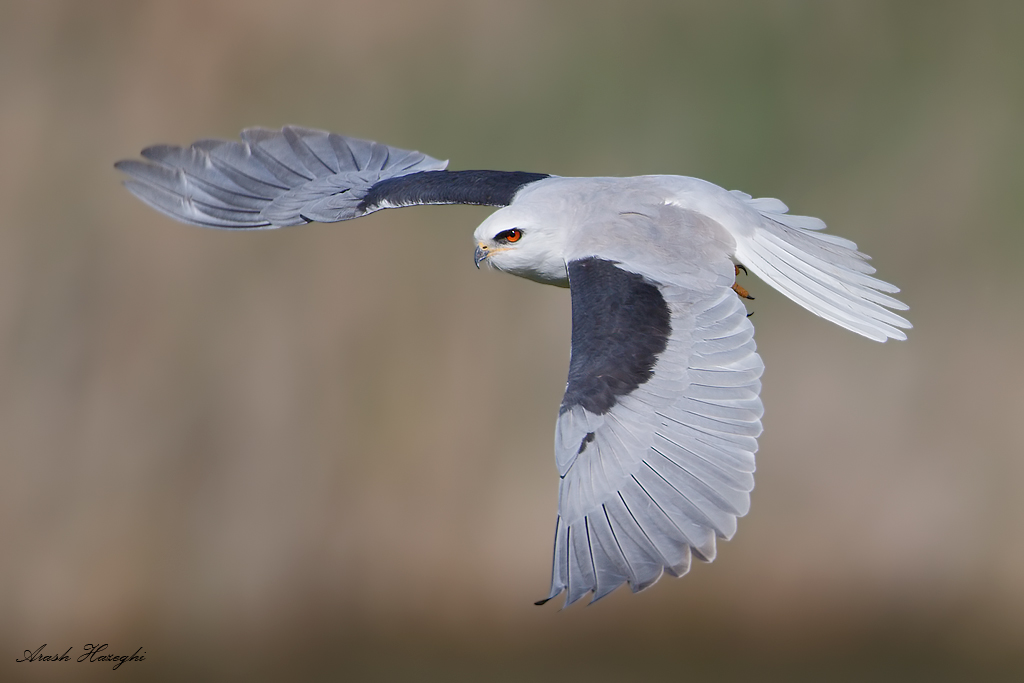 When I first tried the EOS 1DX in the field, I immediately noticed the blazing fast servo drive. The servo drive is significantly faster than the EOS 1D Mark IV, especially when a tele-extender is attached. In fact I had to double check to see if I had an extender attached because unlike the EOS 1D Mark IV, I could not sense a drop in AF drive speed when the extender was attached. The focus just snaps onto target with the 1DX where as with the 1D Mark IV it rather glides onto the target. This allows rapid acquisition when raptors fly fast or when action happens unexpectedly.

It is extremely difficult, if not impossible, to devise a method for a controlled test of AI-servo performance between two bodies for an erratic subject such as raptors in flight as there are too many parameters. Instead, I attempted to photograph a subjects I had shot extensively before in various conditions and was familiar with, the white-tailed kite.

The EOS 1DX AF feels noticeably faster than the 1D Mark IV and does a better job with stability, i.e. it remains locked on the bird delivering a higher percentage of tack sharp files in a sequence when compared to the EOS 1D Mark IV. Below are some examples: 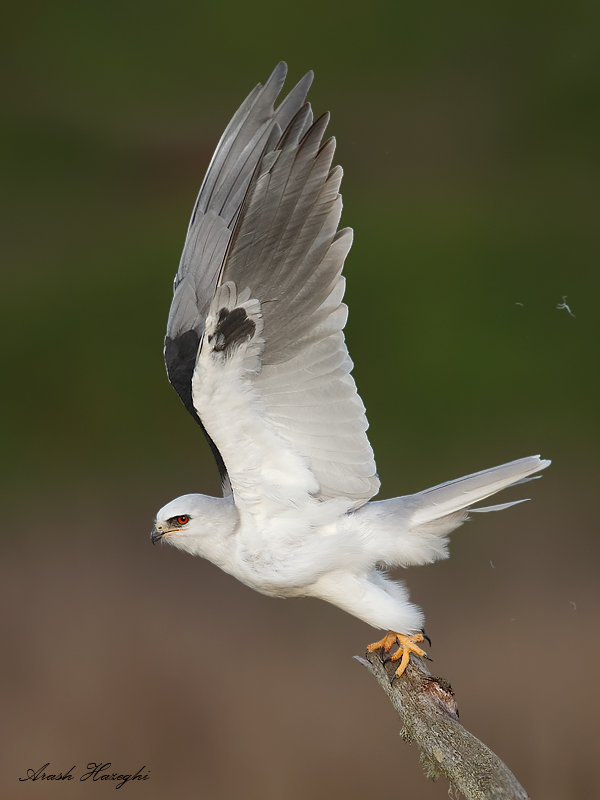 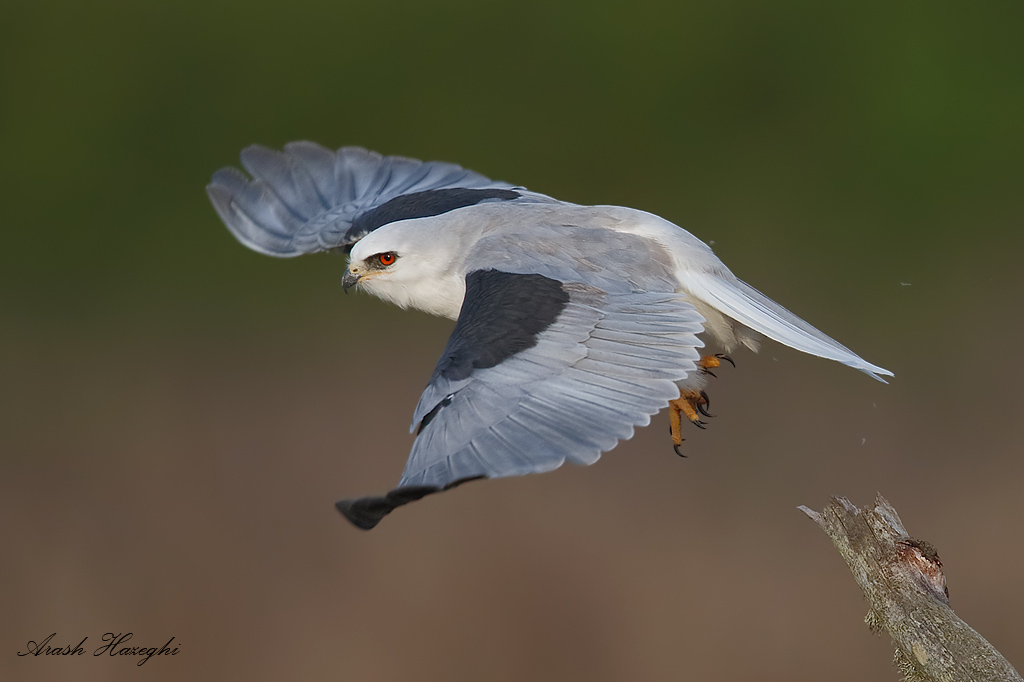 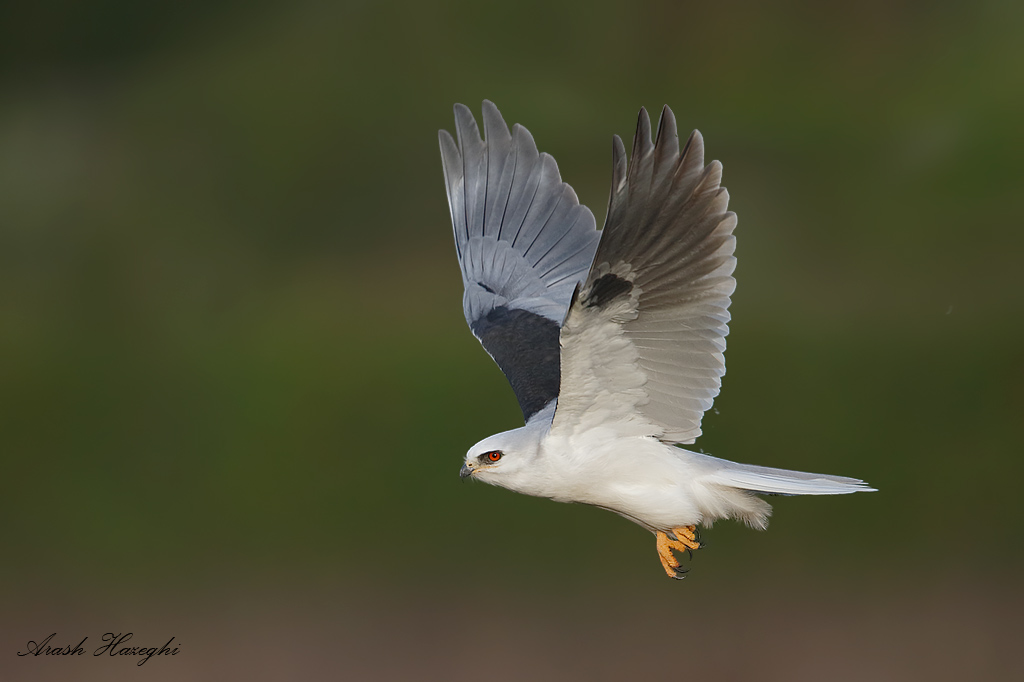 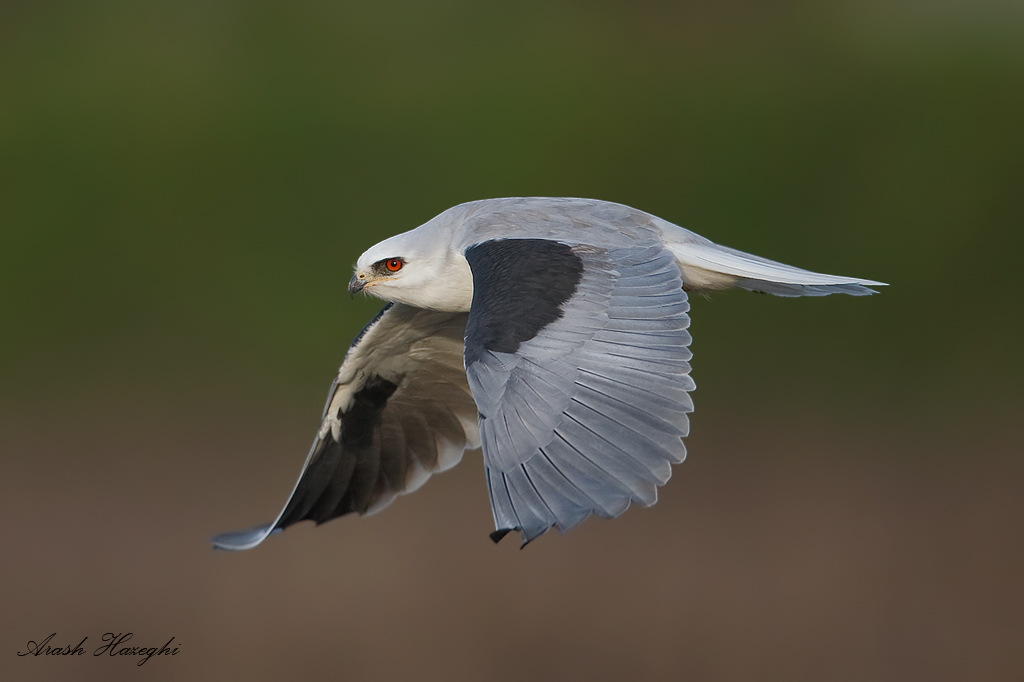 One of the issues that I had with the EOS 1D Mark IV, was AF stability in AI-servo mode. Sometimes the camera would produce a soft frame in between two tack sharp frames for no apparent reason. I did not observe this issue as much with the EOS 1DX.
I also noticed that unlike EOS 1D Mark IV, the frame rate does not drop with EOS 1DX when tracking BIF. The camera appears to be shooting at 12 fps all the time while the 1D Mark IV sometimes slows down during action/tracking to allow for AI-servo to catch up, especially in low light conditions. Now it is easier to capture the peak of action frame thanks to consistent 12 fps. To get the best out of the camera you need to use the fastest CF cards on the market, and it is nice that Canon finally replaced the useless SD card slot with a second CF slot. Now you can double the capacity and not worry about having to replace your card in the middle of action! 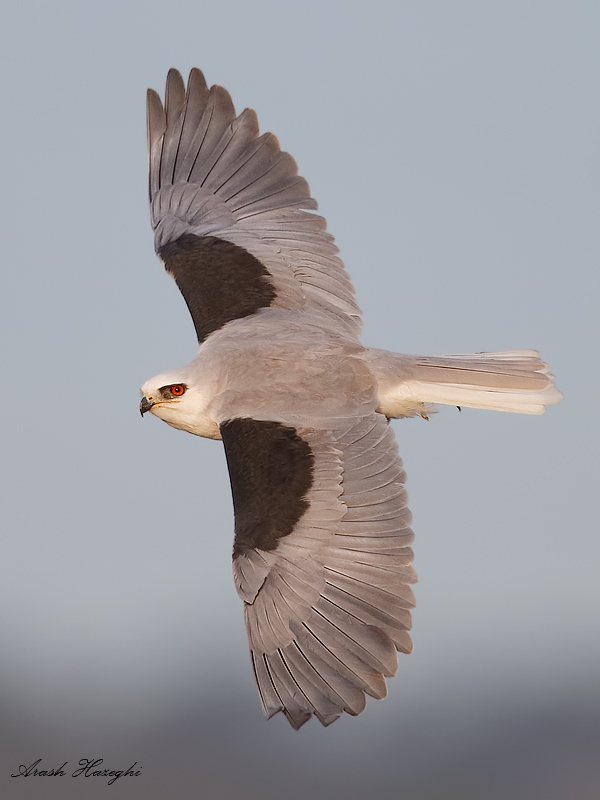 In terms of field image quality, the EOS 1DX produces the highest quality output I have seen from any Canon body to this date. Its RAW files are very sharp and clean and color response is excellent. It is a solid one stop cleaner than EOS 1D Mark IV and the grain pattern is tighter. Unlike the EOS 1D Mark IV RAW files don’t lose sharpness when ISO is pushed beyond 1600. Click here to see a 100% crop from RAW at ISO 1600 straight out of Canon DPP RAW converter with no processing.

The Dynamic Range is also improved, unlike the EOS 5D Mark III, the EOS 1DX sensor does not suffer from high levels of fixed pattern noise (banding). It is possible to lift the shadows without much noise. In the example below, the light was somewhat harsh casting shadows on the far wing. I had to expose for the whites and then lift the shadows in post aggressively. I applied a shadow adjustment of +3 in DPP followed by a shadow adjustment of +70% in Photoshop (using the highlight/shadow tool). After processing there is no visible noise on the far under wing. Click here to see the unprocessed file. For details of processing please see my guide.

Adult white-tailed kite in sidelight. 840mm f/5.6 1/3200sec ISO 640. I liked this frame because the kite was carrying an usual prey, a warbler! Click here to see an HD file