One of the technical challenges in bird photography is making sharp photographs at long focal lengths. Many photographers often complain about the lack of sharpness in their RAW capture. There are many factors that affect critical sharpness at focal lengths longer than 500mm, accurate focus is one of them. Because of the various tolerances in manufacturing, there might be a small residual offset in the focus mechanism of DSLR cameras. In the past, photographers needed to send their camera and lens to the manufacturer to calibrate the focus system for such offset. Starting from early 2010, Canon introduced AF micro-adjustment, this feature enables photographers to calibrate their camera body and lenses at home. Back then, I wrote an article explaining how to do micro-adjustment using the tethered USB method. Since then a number of companies have introduced micro-adjsument solutions including a target and a software that automates the process. Some folks are even willing to pay a third party to micro-adjust their gear. There are many discussions about the process of micro-adjustment on various internet forums. However, one question that is often overlooked is whether a lens/camera actually needs micro-adjustment at first place. In fact, most of the time what is really operator error is attributed to focus micro-adjustment. As a result, many users do not see any improvement in their field results even after calibrating their gear several times, and sometimes with different methods. In this short article I will point out some common issues that lead to soft images but cannot be fixed with micro-adjustment.

shutter speed/support: Long lenses need fast shutter speed and a steady platform. When pixel-level sharpness is a concern, the old 1/focal length rule does not apply. It is important to note that photos that are soft form the lack of shutter speed do not necessarily show a motion blur pattern. Motion blur is only evident at very slow shutter speeds, at moderately slow speeds, the resulting softness is visually indistinguishable from that of a photo with incorrect focus. Below is an example where I intentionally reduced shutter speed to produce a soft file while hand holding my EF 600mm f/4 IS II. By increasing the shutter speed and raising the ISO, image became tack sharp. I got similar results when supporting my lens with a mono-pod (which I would not recommend for bird photography). 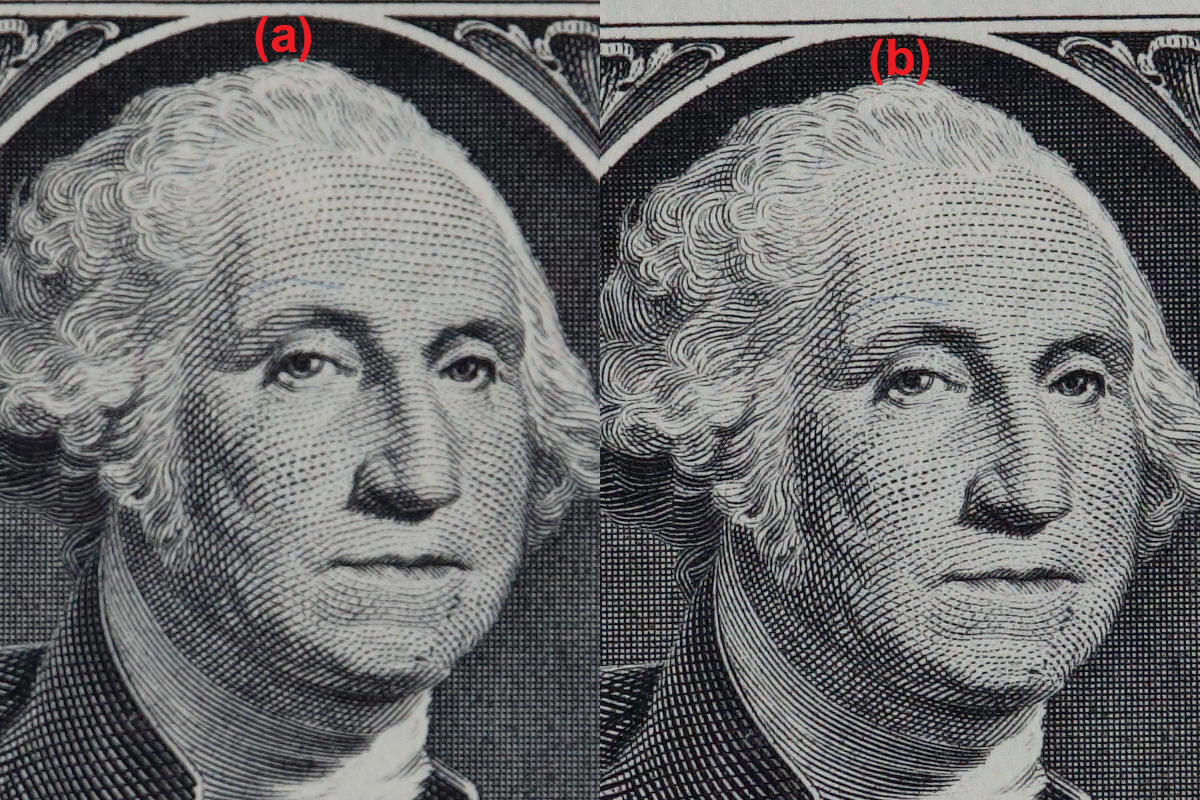 A steady platform means either good hand holding technique or a steady tripod with a quality gimbal head. Remember that subject movement can also cause motion softness. A flying bird obviously needs a fast shutter speed. Perched birds can sometimes be deceiving as they look stationery from a distance, while up close, they are making all kinds of small sudden movements that can cause softness at slow shutter speeds.

When hand holding the EF 600mm f/4 IS II for flight shots, I prefer to shoot at 1/3200 sec. In low light, I sometimes drop my shutter speed to 1/2500sec but that’s only when I absolutely need to. For perched birds I like to stay above 1/1000sec although I have made sharp files with shutter speeds as slow as 1/250sec. It is difficult to specify a strict shutter speed limit for obtaining sharp files as every photographer is different in their technique (and strength when hand holding), but the key message is to try to use the fastest shutter speed that you can. Don’t hesitate using higher ISO settings in your camera or opening up the aperture. A sharp photo that is a bit grainy is far better than a soft photo with less noise, the latter cannot be salvaged while the former can be corrected with post processing.

Atmospheric refraction: When using long lenses, sharpness may suffer from atmospheric dispersion effects. Pockets of cool or hot air between the subject and the lens have a different refractive index than the surrounding environment. The refraction of light when it travels trough these pockets causes photos to look hazy. This can happen even when the temperature is not high, on a cloudy day, or even on a very cold day. Thin water vapor or dust have the same effect. Sometimes the heat shimmers are so strong that it is possible to see them in the viewfinder but they are invisible to the naked eye most of the time. Unfortunately it is not possible to overcome the heat refraction, the only solution is to wait until the air temperature stabilizes. Shimmers are stronger in late morning when the ground starts to warm up and in early afternoon. It is less of an issue in early morning and late evening. The example below shows the effect of heat shimmers on an overcast day when temperature was in the high 50’s. The sequence of 10 frames all exhibit the same softness.

However after a few minutes a breeze cleared the air and the images made from the same point became sharp. 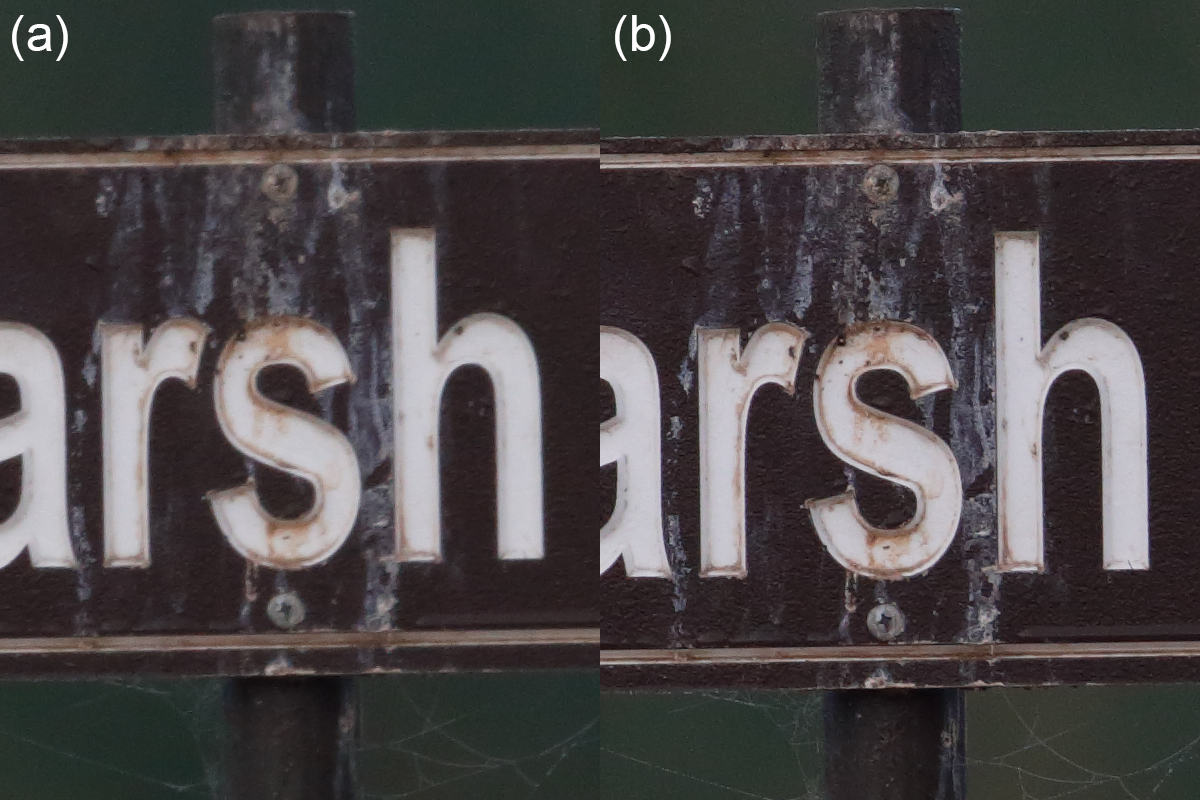 Sometimes the focus will show hunting in presence of heat shimmers as contrast changes with moving shimmers. If your camera is on a tripod, you can use live view with high magnification to check for the heat refraction. With strong shimmers present, the image will appear to be slightly wobbling and remain hazy even if you try to manually adjust the focus.

This video shows the strong heat shimmers at the beach despite cool (55F) and windy conditions. Subject was a juvenile Peregrine Falcon next to a kill.

Here is what a photograph would look like under these conditions, many folks might mistake this for focus miss-calibration. 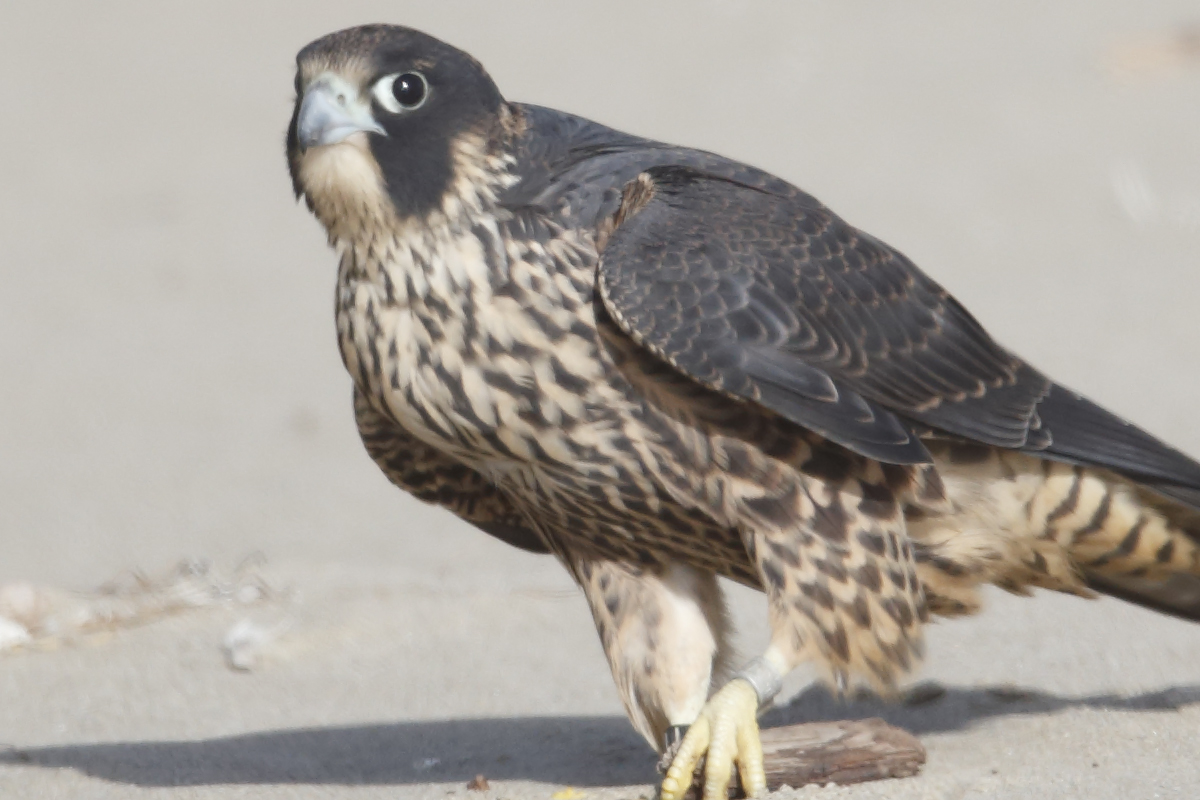 An hour later, the same camera and lens produced tack sharp images when the sun was lower in the sky. 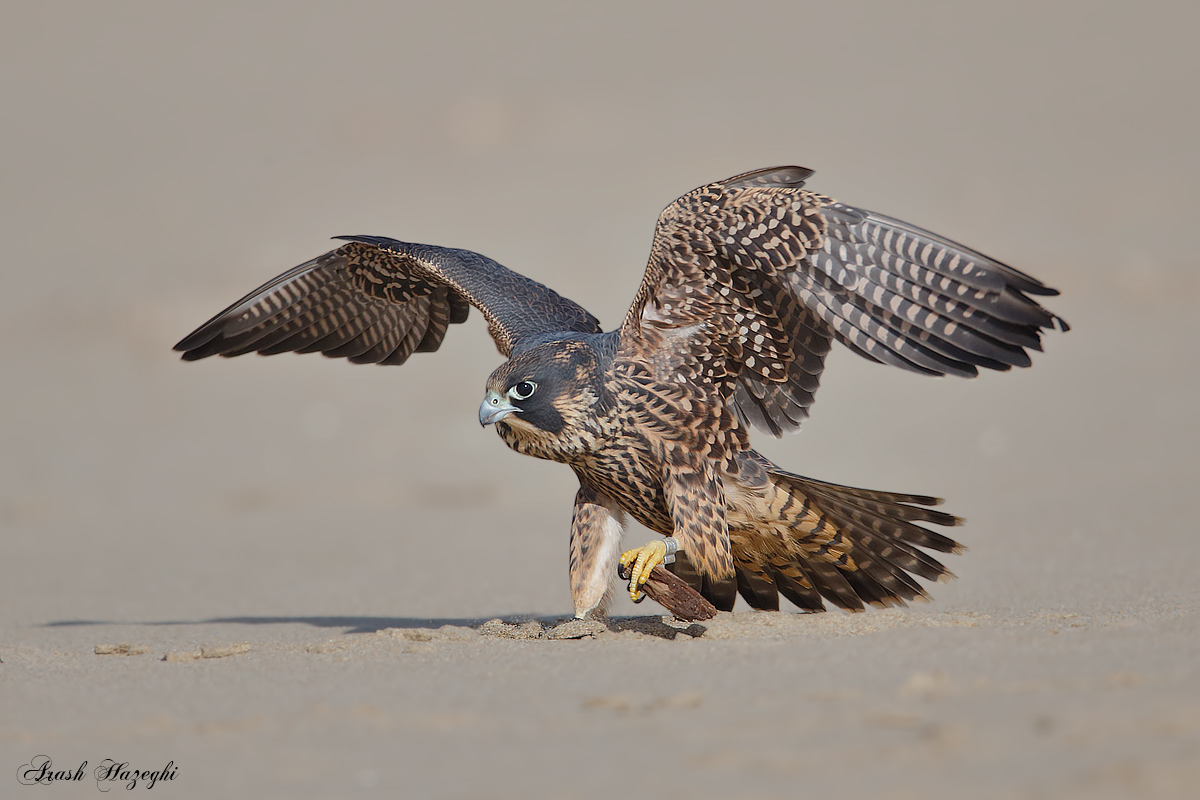 If you are getting soft frames when shooting moving subjects such as birds in flight, micro-adjustment is unlikely to help you. Micro-adjustment is for making tiny adjustments in the position of the focus plane in order to achieve perfect sharpness for static subjects, especially when DOF is shallow. During a flight sequence, the exact position of the focus plane will depend on many parameters, most of which are out of the photographer’s control. Critical focus may shift from the head to the belly as the bird drifts off center, or to the near wing during a down stroke. The best approach when tracking BIF is to keep the bird centered in the frame and rely on DOF to get the head sharp. The most attractive flight shots are usually the frames with the bird banking parallel to the photographer, or at least with the wings in full up or down position. In these positions, with most of the wing surface parallel to the back of the camera, it is possible to get most of the bird sharp even when working with long focal lengths at close range. The image below (almost a full frame) is a good example. 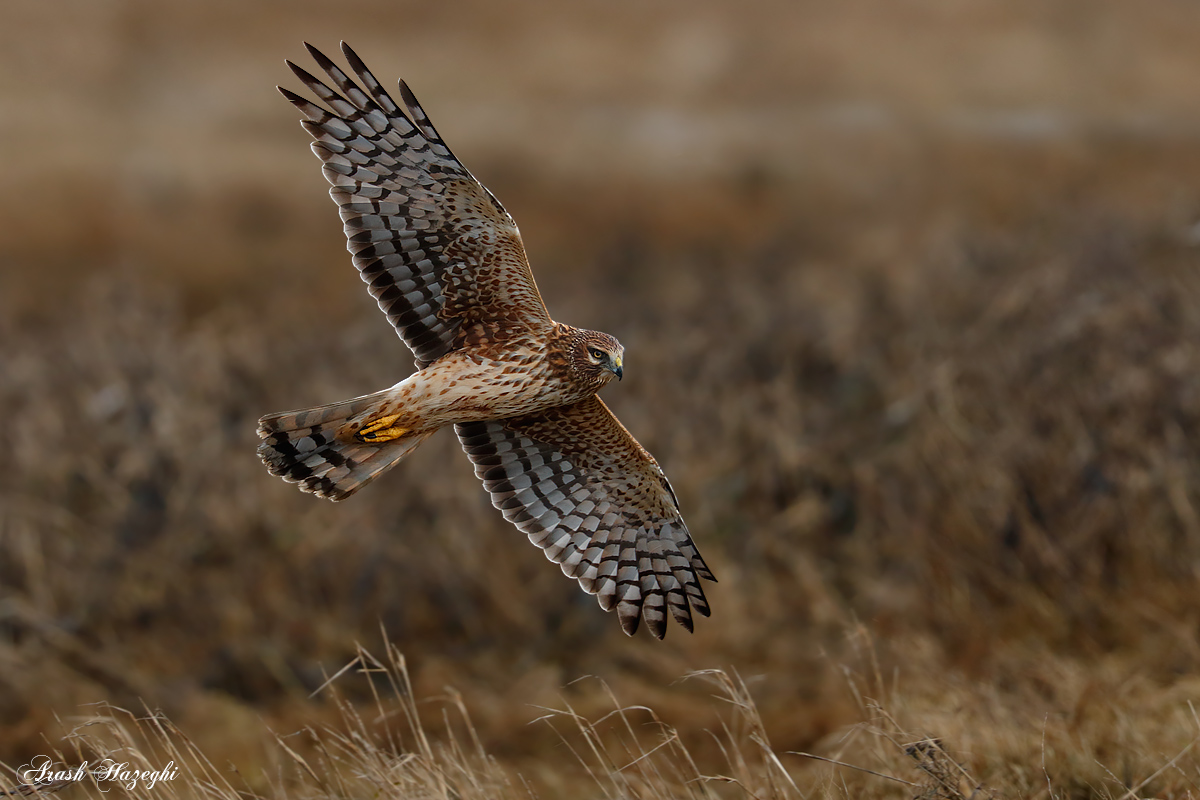 So it is very difficult, if not impossible, to control the precise positioning of the focus plain when shooting birds in flight. In addition to that, there is always a tolerance in the AI-servo system. It depends on the camera body and the lens used. The pro bodies such as the 1D cameras tend to have a tighter tolerance than the consumer models such as the 7D series. Nevertheless, there is always a non-zero tolerance which will result in small shot-to-shot variation in AF when tracking an erratic moving subject. This variation is usually comparable to a few units on the micro-adjustment scale. So a micro-adjustment setting of -3 or +4 is somewhat meaningless when you factor in all the variables and the AI servo tolerance when shooting birds in flight. The truth is that the majority of soft flight shots are a result of operator error, poor atmospheric conditions or both as explained earlier.

In conclusion micro-adjustment is for fixing a constant, perfectly repeatable and consistent back or front focus problem when shooting a static subject. Unless the focus offset is too large, micro-adjust is unlikely to help you with soft/hazy frames during AI-servo tracking of a bird in flight. Before spending your time (and money) in calibrating your gear, first make sure you rule out the issues mentioned above and work on your technique.